People in Oklahoma city outraged after 3 children shot by police

TEHRAN, May 12 -A community in the US state of Oklahoma is outraged after the brutal shooting of three young children at the hands of police officers. 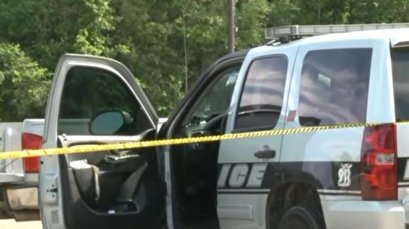 TEHRAN, Young Journalists Club (YJC) -According to local media, three children sitting in the backseat of a car on Friday were shot by two officers in the town of Hugo, after the officers opened fire on the car driven by a man they believed to have robbed a restaurant.

Gunfire broke out when detectives with the Hugo Police Department in southeastern Oklahoma were trying to approach the suspect, 21-year-old William Devaughn Smith, Brook Arbeitman, a spokeswoman for the Oklahoma State Bureau of Investigation, said on Saturday.

The spokeswoman said that the suspect allegedly carried out an armed robbery on April 11 at a Pizza Hut in Hugo, which is near the Texas state line.

The three injured children and a fourth child were all in the truck with Smith, Arbeitman said. Officials did not immediately release the names, ages or conditions of the children.

Investigators have not determined what led to the shooting that also wounded Smith, who was treated at a hospital about 30 miles (48 kilometers) away in Paris, Texas, then taken to a Texas jail on an Oklahoma robbery warrant, Arbeitman said.

Olivia Hill told news station KXII-TV that she is the mother of the three and of a fourth child who was not wounded.

“My 4-year-old daughter was shot in the head, and she has a bullet in her brain, and my 5-year-old has a skull fracture,” Hill said. “My 1-year-old baby has gunshot wounds on her face. My 2-year-old wasn’t touched with any bullets.”

The community is demanding answers after the unnecessary shooting.

The family attorney Damario Solomon-Simmons said that the three children were sent the hospital and have been released. However, they will deal with “a lot of physical and emotional pain.”