TEHRAN, May 12- Some 8,000 years ago, South American's climate suddenly shifted. According to a new study, the abrupt change precipitated a decline among the continent's human populations. 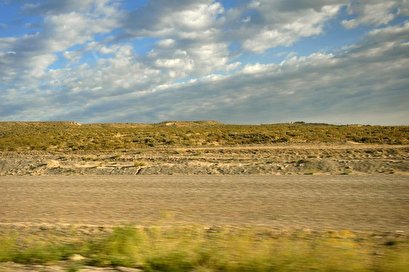 TEHRAN, Young Journalists Club (YJC) -"Archaeologists working in South America have broadly known that some 8,200 years ago, inhabited sites in various places across the continent were suddenly abandoned," Philip Riris, researcher at University College London, said in a news release. "In our study we wanted to connect the dots between disparate records that span the Northern Andes, through the Amazon, to the southern tip of Patagonia and all areas in between."

"Abandonment of certain regions and the need to adapt quickly to new circumstances may have promoted the exploration of alternative strategies and new forms of subsistence, including the early adoption of low scale cultivation of domestic plants," archaeologist Manuel Arroyo-Kalin said.

"Viewed in the context of at least 14,000 years of human presence in South America, the events of the Middle Holocene are a key part of indigenous South Americans' cultural resilience to abrupt and unexpected change."

At the outset of the Middle Holocene, which stretched between 8,200 and 4,200 years ago, South American populations were mostly hunter-gatherers. By the end of the period, human populations across the continent had adopted new crops and growing techniques well-suited for the landscape and climate.

Despite the sudden climate change and its disruption of human populations, archaeological evidence suggests the people of South America were thriving at the beginning and end of the Middle Holocene.

Scientists analyzed archaeological evidence from some 1,400 dig sites, and cross-referenced hundreds of radiocarbon-dated artifacts with paleoclimate data. Researchers shared the results of their study this week in the journal Scientific Reports.

"We studied ancient records of rainfall such as marine sediments for evidence of exceptional climate events. Within windows of 100 years, we compared the Middle Holocene to the prevalent patterns before and after 8,200 years ago," Riris said.

"Normal patterns of rainfall suggest on average an unusually dry or wet year every 16 to 20 years, while under highly variable conditions this increases to every 5 years or so. This puts in perspective the challenge that indigenous communities would have faced."

Climate change has long been a part of the human story. Shifts in climate have forced human populations to migrate and adapt. Often, human populations faced with periods of climate variability have emerged more sophisticated and resourceful. Sometimes, however, sudden climate shifts trigger collapse.