Signs of rheumatoid arthritis can show up long before diagnosis

TEHRAN, May 13 -bc-US-rheumatoid-arthritis Difficulties with daily activities such as dressing, walking and eating can be seen in rheumatoid arthritis patients a year or two before they're diagnosed, a new study shows. 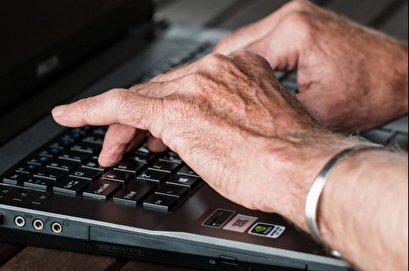 TEHRAN, Young Journalists Club (YJC) -"This is a new finding, and a finding that is quite intriguing," said lead author Dr. Elena Myasoedova, a rheumatologist at the Mayo Clinic in Rochester, Minn.

"It may reflect an accumulation of symptoms between the time of first onset and the time required for providers to actually diagnose patients," she said in a Mayo news release.

The study also found that chronic increased levels of difficulty with daily activities [functional disability] continued even after patients were diagnosed with rheumatoid arthritis and began treatment.

That may be due to a number of factors, including increasing physical and mental pain, use of treatments such as glucocorticoids and antidepressants, and anticipation of relief from symptoms, she added.

For the study, the researchers looked at 586 rheumatoid arthritis patients and 531 people without the disease in the Rochester Epidemiology Project database of medical records.

The findings show the importance of early treatment for rheumatoid arthritis patients, according to Myasoedova.

"Alerting your health care provider to difficulties in daily living can assure that patients receive the help they need," she said.

About 1.5 million Americans have been diagnosed with rheumatoid arthritis, an autoimmune disease that most often affects the joints but can also impact other parts of the body. Rheumatoid arthritis is one of the most common chronic conditions associated with functional disability in the United States, and has a significant impact on well-being and quality of life.

Symptoms can include joint pain or swelling, but 40 percent of patients have symptoms that don't involve the joints, such as fatigue, fever and loss of appetite.