TEHRAN, May 15 - Sanders issued a sudden live video on Tuesday, saying, "Sixteen years ago, the US committed one of the worst blunders in history of our country by attacking Iraq." 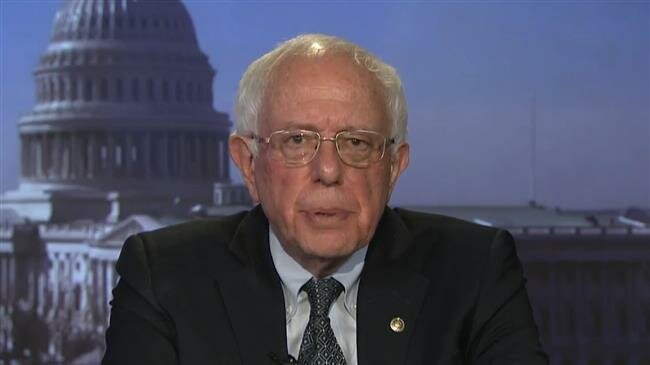 TEHRAN, Young Journalists Club (YJC) - "Now, based on that disaster that he help bring about in Iraq, it appears that John Bolton wants a war in Iran," Sanders said. "A war in Iran would, in my view, be many times worse than the Iraq War."

The senator also said that he was in the process of building a coalition in Congress to force the president to ask Congress for authorization if he decides to go to war with Iran.

"I am working hard to see if we can get 51 members of the US Senate, as well as a majority in the House of Representatives to make clear that before the President takes any military action in Iran or anyplace else, he must seek authorization from the Congress."

The NYT reported that US officials were preparing to deploy up to 120,000 troops to the Middle East to counter threats posed by Iran.

When asked about the report on Tuesday, Trump said, "We have not planned for that. Hopefully, we are not going to have to plan for that.”

However, he added, “If we did that, we'd send a hell of a lot more troops than that."
Secretary of State Michael Pompeo also said the US was not after military confrontation with Iran.

"We fundamentally do not seek a war with Iran," Pompeo said in Sochi during his visit to Russia on Tuesday.

Tensions have increased between the US and Iran ever since Washington began to reduce Tehran’s oil exports to “zero,” and sent an aircraft carrier strike group, a bomber squad, an amphibious assault ship, and a Patriot missile battery to the Middle East to try to stack up pressure on Tehran.