TEHRAN, May 15 - India has told Iran that it will decide on continuing oil purchases from Tehran after its elections, Indian newspapers reported on Wednesday. 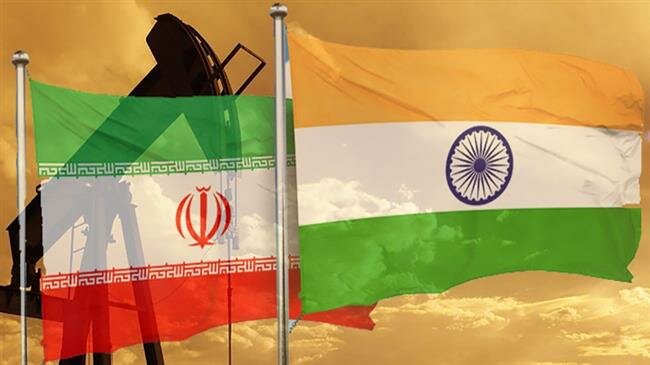 TEHRAN, Young Journalists Club (YJC) - Iranian Foreign Minister Mohammad Javad Zarif was in New Delhi Tuesday to discuss bilateral issues, including the fallout of the US decision last month to end waivers for continued purchase of oil from Iran.

Indian External Affairs Minister Sushma Swaraj told Zarif that a decision on continued oil imports from Iran will be made after a new government is formed, the Times of India reported.
India wraps up polling held over six weeks on Sunday, with results to be known on May 23.

New Delhi has not openly committed to reduce its import of oil from Iran to zero, but Saudi Arabia is said to have approached Indian buyers offering them additional supplies to compensate for loss of Iranian oil.

On Tuesday, Reuters said only one Indian buyer of Iranian oil had taken up Saudi Arabia’s offer, taking an extra 2 million barrels from the kingdom for June shipment.

There was no immediate reaction from Indian authorities to the report on Wednesday.

Reuters claimed that Saudi Arabia would supply an additional 250,000 tonnes (2 million barrels) of oil to Mangalore Refinery in June, while other Indian refiners were testing new grades and origins.

India’s leading website for financial news Business Line quoted an unnamed official as saying that Zarif wanted New Delhi to continue to source at least part of its oil imports from Iran.

“There is a possibility that Iran may have something to propose on how payments could be made, but all this would be relevant only after the elections,” it cited the official as saying.

Last month, Swaraj told US Secretary of State Mike Pompeo that New Delhi “should be allowed to import Iranian crude for some more time without being impacted by US secondary sanctions”.

She told Pompeo that it was impossible to make immediate arrangements for 23.5 million tonnes of oil – the amount supplied by Iran every year – from an alternative source, Hindustan Times reported.

India is Iran’s second biggest oil buyer after China, sourcing about 10% of its supplies from the Islamic Republic.

Critics of Indian Prime Minister Narendra Modi have flayed him over his failure to guarantee continued access to Iranian oil.

“The US ban on exporting crude oil from Iran to India, is it not an attack on India’s sovereignty?” Randeep Singh Surjewala‏, a Congress Party lawmaker and national spokesman, said last month.