Tehran ready for any eventuality on nuclear issue: Iranian envoy to Britain

TEHRAN, May 15 -Iran’s ambassador to the United Kingdom has warned the country is totally ready for any eventuality, including a war with the United States, over its nuclear case. 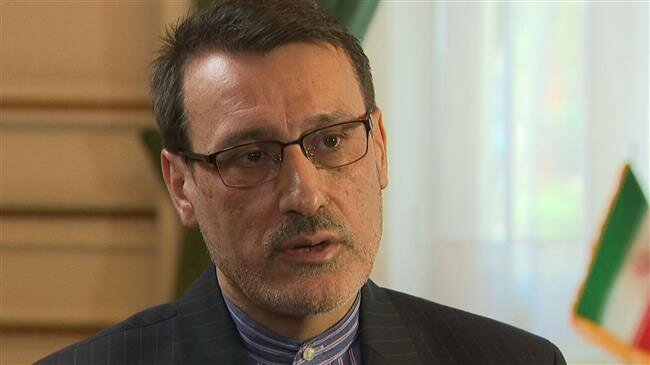 TEHRAN, Young Journalists Club (YJC) -Hamid Baeidinejad said on Tuesday that Iran still believed that the US way of handling Iran’s nuclear deal was a theatrical maneuver to pressure the country to accept Washington’s illegal demands.

However, he said, Tehran was fully ready to confront any military action by the US.

The comments came after reports suggested the White House planned to send more than 120,000 troops to the Middle East for a potential war with Iran.

US President Donald Trump said on Tuesday the reports could be “fake” while insisted he had no immediate plan for launching a war on Iran.

Trump has been at odds with the US European allies since he pulled out last year of an international agreement on Iran’s nuclear energy.

On Tuesday, a senior British military commander allied to Western forces fighting in the Middle East openly challenged claims by the US that Iran is posing a new threat to the current security situation in the region.

Major General Chris Ghika made the controversial remarks while speaking to reporters at the Pentagon.

Ghika, who serves as deputy commander of the US-led coalition which is allegedly fighting terrorists in Iraq and Syria, said the coalition was aware of Iran’s power and influence in countries like Iraq and Syria, adding, however, that there was no increased risk from Iran or its allied groups in those countries.

Ghika’s remarks came after US officials ordered partial evacuations of their embassy and a consulate in Iraq, citing intelligence that showed there could be a threat from Iran's allies in the Arab country

Iraqi officials have rejected the claims and doubted that the American intelligence about heightened risk was true.

Washington swiftly reacted to Ghika’s comments, insisting there was an increased risk from Iran.

The United States Central Command issued a statement saying Ghika’s assertion about Iran run “counter to the identified credible threats available to intelligence from US and allies regarding Iranian-backed forces in the region.”