Iran not seeking escalation in region, but will defend itself: Tehran's UN envoy

TEHRAN, May 17 - Tehran's ambassador to the United Nations says Iran will not take steps towards the escalation of tensions in the Middle East, but will stand ready to defend itself against any act of aggression, as the US builds up its military presence in the region amid tensions with Tehran. 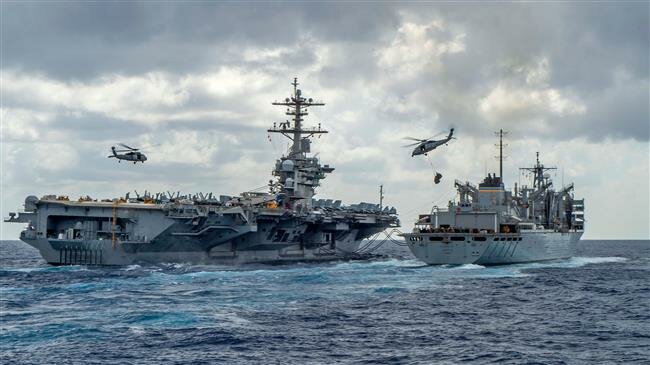 TEHRAN, Young Journalists Club (YJC) - In an interview with America's National Public Radio (NPR) released on Thursday, Majid Takht-e Ravanchi said a military conflict in the Middle East will be in the interest of no one, neither the United States nor Iran and other regional states.

"We are not interested in the escalation of tensions in our region, because if something goes wrong, everybody will lose, including Iran, including the US, including all the countries in the region," said the senior diplomat.

Takht-e Ravanchi added that Iran does not consider war as "an option," but it will have to be prepared to face any action against its forces and defend the country's territorial integrity and sovereignty.

He also referred to remarks by Leader of the Islamic Revolution Ayatollah Seyyed Ali Khamenei that Iran was not after a military confrontation, saying, "We are not going to prepare anything for a conflict and this is being said at the highest level of our system."

Tensions mounted between Tehran and Washington last May, when US President Donald Trump pulled his country out of a 2015 nuclear deal with Iran — named the Joint Comprehensive Plan of Action (JCPOA) — and re-imposed harsh bans against the Islamic Republic in defiance of global criticisms.

Those tensions saw a sharp rise on the first anniversary of Washington's exit from the deal as the US moved to ratchet up the pressure on Iran by tightening its oil sanctions and sending military reinforcements, including an aircraft carrier strike group, a squadron of B-52 bombers, and a battery of patriot missiles, to the Middle East.

On May 5, National Security Advisor John Bolton — an ardent Iran hawk — said the deployment was in response to a “troubling and escalatory indications” of Iranian activity in the region, without giving details or evidence to support the claims.

Iran's UN envoy further dismissed such allegations as "fake" and said Tehran was "doing everything possible to lower the tension in the region, but unfortunately, there are certain people both in Washington as well as in our region" who are attempting to fan the flames and provoke a conflict.

Elsewhere, Takht-e Ravanchi touched on Tehran's latest decision to suspend some of its commitments under the JCPOA in response to Washington's unilateral exit from the pact — to which France, Britain, Germany, Russia and China are also signatories.

On May 8, the day the US announced it was leaving the Iran deal last year, Iran notified the remaining parties of its decision to halt some of its commitments a year after they failed to make effective strikes towards protecting Iranian interests against US sanctions — a requirement under the JCPOA.

Tehran set a 60-day deadline for them to fulfill their end of the bargain take practical measures to blunt the impact of the sanctions, especially those targeting Iran's banking and energy sectors.

Takht-e Ravanchi — a former nuclear negotiator — said Tehran's decision was not in breach of the JCPOA and was in accordance with its legal rights under Articles 26 and 36 of the accord.

Contrary to what it may seem, he added, the suspension was meant to keep the deal alive.

He was echoing comments by President Hassan Rouhani, who said on May 8 that the JCPOA was in need of a "surgery" meant to restore balance between Tehran's rights and obligations.