TEHRAN, May 19 - Iran's new commander of Islamic Revolutionary Guard Corps (IRGC) says that US has resorted to passive threatening as its power is getting exhausted. 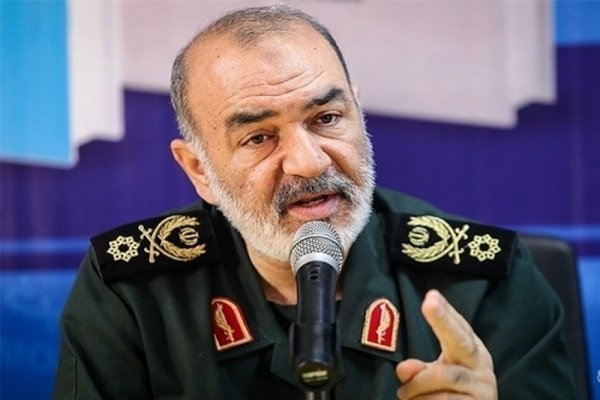 The political philasophy of US, General Salami said, is to loot nations, create modern slavary, and dominate on people's fates, adding that the philosophy just generates war with and meddling in other countries' affairs, and that according to the US policy makers themselves causing risk throughout the world.

"The Americans turned passive and used thraets in its passive manner. We faced a seemingly powerful enemy, yet the very enemy is getting exhausted, and its stones empteid. This is the path all evil powers go through" General Salami said, noting that the US bases would collaps in a near future.

He pointed out to the constructive effects of the threats the enemy has posed on Iran and said that having a great enemy was an oppurtunity for Iran's getting stronger and made IRGC progress strategically, practically, and tactically.

"An enemy such as US dose never go out of our focus and as long as the enemy intends to introduce itself globally, its nutural for us to stand against it", the commander noted.

Share to
Related News
IRGC chief: Iran not after war, but not afraid of one either
Tags
Iran ، IRGC ، commander
Your Comment