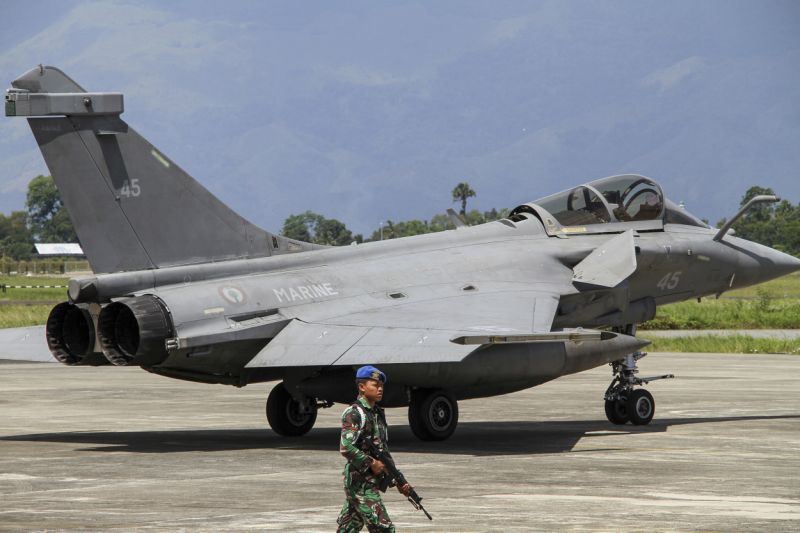 "We had to open our base to them to land as they were in an emergency state due to bad weather," Arief said.

He said air force radar confirmed that the planes were initially flying out of Indonesian territory when fog and bad weather forced them to land immediately as they were trying to return to their aircraft carrier, located 100 nautical miles west of Sumatra's exclusive economic zone.

Arief said Indonesian air force personnel had completed an inspection of the planes.

Five of the seven jets were returned to their carrier on Sunday, while the other two were still having technical problems, Arief said. French diplomats in Indonesia were informed of the incident.