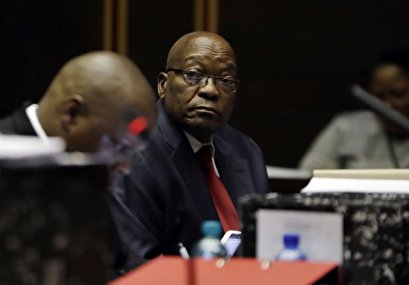 TEHRAN, Young Journalists Club (YJC) - Zuma, 77, appeared at the High Court in Pietermaritzburg in eastern KwaZulu-Natal province Monday on charges of receiving bribes when the government purchased arms in 1999.

Zuma was South Africa's president from 2009 until 2018, when he was forced to resign by his ruling African National Congress party amid persistent allegations of corruption.

The criminal charges against Zuma were first raised more than 10 years ago but were withdrawn by the National Prosecution Authority in 2008. The charges were reinstated after a court ruled that there are sufficient grounds to bring him to trial.

Zuma's former financial adviser, Schabir Shaik, was in 2005 convicted of fraud and corruption.