TEHRAN, May 20 - The chief of Algerian armed forces says elections are the best way to overcome the country’s political crisis and avoid a constitutional vacuum following the ouster of long-time leader Abdelaziz Bouteflika. 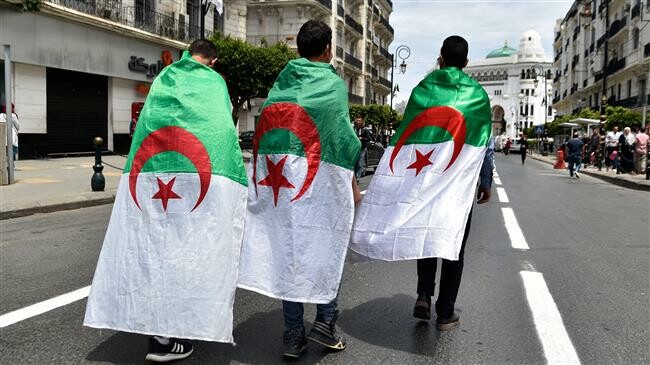 TEHRAN, Young Journalists Club (YJC) - Speaking on state television on Monday, Lieutenant-General Ahmed Gaed Salah also called for more speed in forming a committee to supervise the election, without specifying a date for the vote.

Algerian authorities have announced that the presidential election is scheduled for July 4 but a source said on Friday it might be postponed.

Under pressure from protesters and the army, Bouteflika quit last month after two decades in power but demonstrations are still pushing for political reforms and the departure of all figures associated with his regime.

The North African country has been shaken by protests, mostly by young Algerians, demanding an end to the dominance of the elite that has been in charge since independence from France in 1962 as well as the prosecution of people they see as corrupt.

On Friday, Algerian protesters gathered again in the capital Algiers to call for the resignation of the interim president, Abdelkader Bensalah, and Prime Minister Noureddine Bedoui, appointed by Bouteflika days before he stepped down.

Bouteflika announced his resignation on April 2 following weeks of protests against his rule that erupted over his decision to seek a fifth term. The 82-year-old had been in power for the past 20 years but was reportedly in poor health and had rarely appeared in public after suffering a stroke in 2013.

Upon resignation, Bouteflika promised that elections would be held after 90 days as part of a transition he said would usher in a new era.