TEHRAN, May 22 -Iran’s minister of science, research, and technology says the United States has set a trap for Iranian scientists, enabling their entry into the country before arresting them. 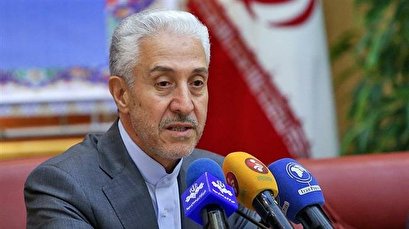 TEHRAN, Young Journalists Club (YJC) -Speaking to ISNA, Mansour Gholami, said the US has identified a number of Iranian professors, who have conducted research in certain areas, published relevant scientific articles, and ordered and bought laboratory equipment, the agency reported on Wednesday.

He also ruled out the possibility that those targeted in the scheme might have been in violation of Washington’s sanctions. “If it had to do with the sanctions, they (the Americans) would announce it in advance,” Gholami said.

“Drawing the professors into the country and arresting them in such a fashion shows that the Americans have laid a trap for us,” the minister specified.

Massoud Soleimani, a 49-year-old Iranian scientist left Iran on sabbatical last year, but was arrested upon arrival in Chicago and transferred to prison in Atlanta, Georgia for unspecified reasons.

His brother told IRNA on Sunday that the only accusation he has been faced with is that two of his students were arrested upon leaving the US for carrying five vials of growth hormone three years ago. This is while such material is readily available on the market and not subject to sanctions, he added.

The duo were released without facing any legal proceedings due to being American citizens.

Soleimani was “definitely” being held hostage by the US administration, the brother said. “How can a researcher and a physician, who does not have any criminal record and boasts numerous articles published in international circles, be placed in detention?” he asked.

He also revealed that the professor had been pressed to confess that the students’ efforts to take the vials out of the US had to do with “circumventing the American sanctions” against Iran.

US authorities said such a confession would pave the way for a plea bargain, the brother said, adding, however, that “he never capitulated.”