TEHRAN, May 22 -The Kremlin has denounced as “unacceptable” a deadline the United States has reportedly given to Turkey to annul a deal to purchase Russian S-400 missile defense systems or get penalized. 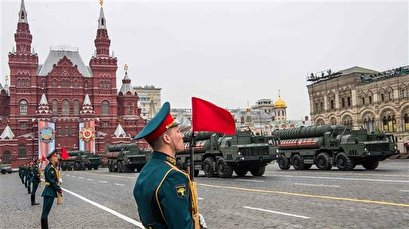 TEHRAN, Young Journalists Club (YJC) -The US State Department reportedly gave Turkey until the end of the first week of June to scrap the pact and do an arms deal with the United States instead or face the consequences.

Citing multiple people familiar with the matter, CNBC reported that if Turkey receives the S-400s next month, the country will be ousted from Lockheed Martin’s F-35 program, will not receive the 100 stealth fighter jets it has ordered and will face US sanctions as well as a potential blowback from NATO.

Commenting on the report, Kremlin spokesman Dmitry Peskov said, "We regard this extremely negatively. We consider such ultimatums to be unacceptable."

"We are going on the many statements made by representatives of Turkey's leadership headed by President (Tayyip) Erdogan that the S-400 deal is already complete and will be implemented," Peskov told reporters on Wednesday.

Earlier on Wednesday, Turkish Defense Minister Hulusi Akar said his country was preparing for potential American sanctions regarding the S-400 even though there was “a general easing and rapprochement” in talks with Washington over the purchase of F-35 fighter jets and Patriots missile systems.

Ankara’s ties with the US have been strained over a range of other issues, including Washington’s support for Kurdish militants in Syria as well as the US government’s refusal to hand over Fethullah Gulen, a powerful opposition figure living in the US blamed for a coup attempt against the Turkish government in July 2016.