TEHRAN, May 23-A senior Iranian commander has downplayed Washington’s stepped-up belligerent rhetoric against the Islamic Republic, saying US warships deployed to the Persian Gulf get permission for movements there from Iranian forces, who are in full control of the strategic waters. 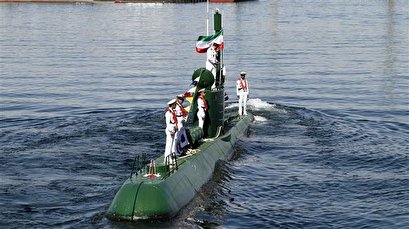 TEHRAN, Young Journalists Club (YJC) -“Over the past many years, our forces have acquired full control of the Persian Gulf in a way that they (US warships) should get permission from us for their movements in this area,” Rear Admiral Ali Fadavi, deputy commander of the Islamic Revolution Guards Corps (IRGC) said on Wednesday.

“Everything north of the Strait of Hormuz is under our control,” he emphasized, referring to a major oil shipping waterway which connects the Persian Gulf to the Sea of Oman, adding that the American navy ships “cannot approach the waters that fall within our mare clausum.”

The crew members of these warships, he said, are even required to know Persian language and there are always interpreters aboard the ships, adding, “This means power.”

Fadavi’s comments came a week after the American Arleigh Burke-class guided-missile destroyers USS McFaul and USS Gonzalez sailed through the Strait of Hormuz and entered the Persian Gulf without any incident amid tensions with Iran.

Tensions between Tehran and Washington saw a sharp rise in late April, when the US tightened its oil sanctions against Iran in an attempt to cut the country’s oil sales to “zero” a year after Washington pulled out of an international nuclear deal with Tehran, a move that flew in the face of the world community.

Iran has said the US will fail to achieve that goal, and that it has several options on the table to keep up its crude sales and counter Washington, including closing the Strait of Hormuz.

To pile more pressure on the Islamic Republic, Washington said in early May that it was sending military reinforcements to the Persian Gulf, citing alleged, unspecified “threats” from Iran.

Tehran has said it will not be the initiator of any war, but reserves the right to self defense and will give a crushing response to any act of aggression.