TEHRAN, May 23-Calm returned to the streets of the Indonesian capital on Thursday after a second night of clashes between security forces and protesters angry about the outcome of last month’s election, which handed President Joko Widodo a second term. 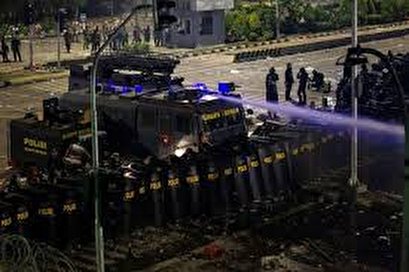 The unrest followed an early Tuesday announcement by the General Election Commission confirming that Widodo had beaten his challenger, former general Prabowo Subianto, in the April 17 poll.

Jakarta Governor Anies Baswedan said the dead included three teenagers, and 737 people were injured in the rioting, which was concentrated in the central neighborhood of Tanah Abang. State news agency Antara reported that three hospitals had treated more than 350 people for injuries.

But the ranks of the protesters thinned out over Wednesday night and police spokesman Dedi Praseyto said the last ones had dispersed by 7 a.m. (0000 GMT).

Roads that were quiet on Wednesday as office workers stayed away from the city center, were abuzz with traffic again on Thursday. City workers in orange overalls swept up the debris.

The election agency has said there was no evidence of systematic cheating and independent observers have said the poll was free and fair.

In other parts of Indonesia, a mob burnt a police station on Madura island, northeast of the main island of Java, while two police posts were set ablaze in Pontianak on Borneo island, media reported.