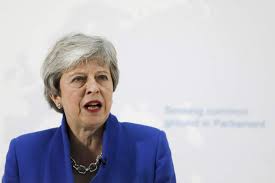 TEHRAN, Young Journalists Club (YJC) - May had said the legislation, the Withdrawal Agreement Bill, would be published on Friday and voted on in the week of June 3, but she has faced calls to pull the bill and resign as it is expected to be voted down.

Spencer, who was representing the government in parliament after Andrea Leadsom resigned as House of Commons leader in protest at the bill, did not list it in the parliamentary business for that week.

"We do plan to publish the Withdrawal (Agreement) Bill in the week commencing the 3rd June. We had hoped to hold second reading on Friday 7th June. At the moment we have not secured agreement to this ... we will update the House when we return from recess," he said.