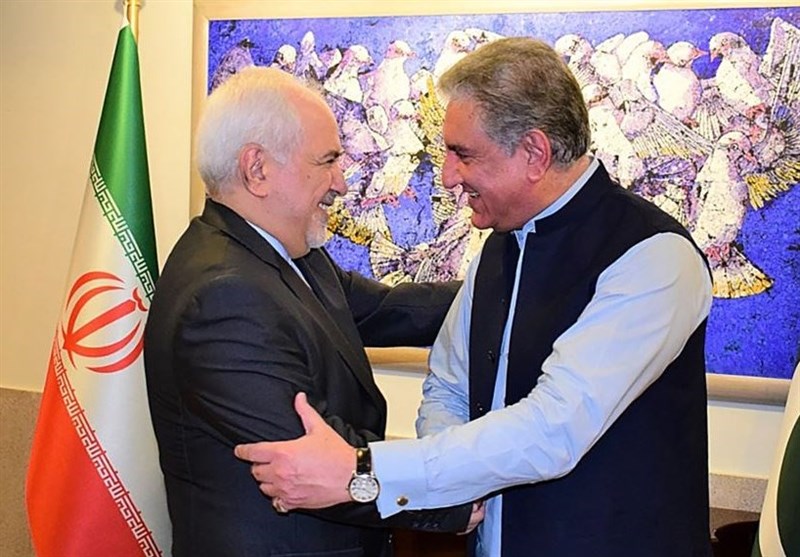 TEHRAN, Young Journalists Club (YJC) - In the meeting between Zarif and Qureshi, the two sides hailed the close and constructive relations between Iran and Pakistan and exchanged views about ways to boost bilateral relations in all political and economic areas.

The latest developments in the Middle East region were also discussed in the meeting between the two countries’ top diplomats.

In a separate meeting on Friday, Zarif and General Bajwa held talks about the importance of common border’s security and stressed the need to boost the campaign against terrorism.

Zarif, who has stepped up diplomatic contacts with Asian governments in recent weeks, arrived in Islamabad on Thursday night for an official visit.

In April, Prime Minister of Pakistan Imran Khan paid a landmark visit to Iran with a big delegation to sign agreements with Tehran.

In a joint press conference with the Pakistani premier, Iranian President Hassan Rouhani said the two countries are resolved to expand relations, stressing that no third party could ever disrupt the brotherly and friendly ties between the two nations.

Rouhani said Iran is prepared to fulfill Pakistan’s demands for oil and gas and voiced the country’s readiness for a 10-fold increase in the export of electricity to Pakistan.