CDC: Flu season wraps up as a few cases linger

TEHRAN, May 25 -The Centers for Disease Control and Prevention released its last weekly influenza report Friday, and flu activity remained similarly low to last week. This caps off the longest flu season in a decade. 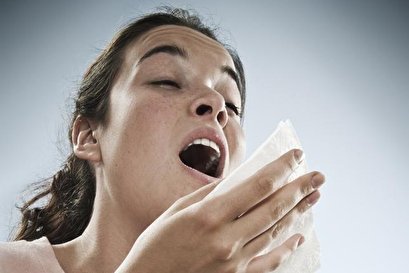 TEHRAN, Young Journalists Club (YJC) -For the week ending May 18, only Louisiana and Minnesota, plus Puerto Rico, saw low levels of flu-like illnesses, while 48 states reported minimal levels, according to CDC. Three pediatric deaths were reported during that time.

Only Massachusets reported widespread flu activity and eight states reported local activity. However, 36 states, as well as the District of Columbia and the Virgin Islands, experienced sporadic flu activity.

The H1N1 strain dominated the first part of the flu season before the more severe H3N2 took over in late February.

Since Oct. 1, the CDC estimated the flu has infected up to 42.9 million people and contributed to as many as 61,200 deaths. That included 111 pediatric deaths.

Throughout the season, the CDC confirmed that nearly 19,000 people were hospitalized by the flu, but the agency estimated the real number could actually be as high as 647,000.

In preparation for the next flu season, the World Health Organization and the Food and Drug Administration's Vaccines and Related Biological Products Advisory Committee recommend a vaccine that contains: an A/Brisbane/02/2018 (H1N1)pdm09-like virus, an A/Kansas/14/2017 (H3N2)-like virus and a B/Colorado/06/2017-like (B/Victoria lineage) virus.