TEHRAN, May 27-Profits for China’s industrial firms shrank in April as slowing manufacturing activity halted the previous month’s surge, putting more pressure on policymakers to step up support for an economy hit by a bitter trade war with the United States. 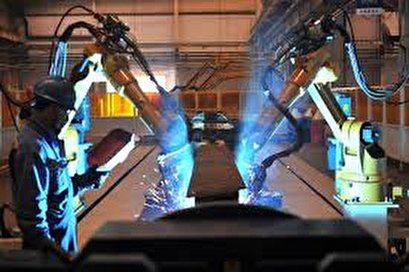 TEHRAN, Young Journalists Club (YJC) -Earnings at China’s key manufacturing sector have been declining since November last year, with the exception of March, as both domestic and global demand slackened.

Industrial profits dropped 3.7% year-on-year to 515.4 billion yuan ($74.80 billion) in April, partly due to a high base of comparison in the previous year, according to data published by the National Bureau of Statistics (NBS) on Monday. That compared with a 13.9% surge in March, which was the biggest gain in eight months.

Zhu Hong of the statistics bureau said in a statement the March results benefited from companies buying industrial goods ahead of a value added tax (VAT) cut. The firms then scaled back on purchases in April in a blow to profits.

For the first four months, industrial firms notched up profits of 1.81 trillion yuan, down 3.4% from a year earlier, compared with a 3.3% drop in the first quarter this year.

The contraction in profits was in line with the weak growth in industrial output in the January-April period. Weak fixed-asset investment has also stoked worries about demand as have new factory orders, which remained sluggish in April, while exports have fallen on a sharp drop in shipments to the United States.

China’s trade frictions with the United States escalated suddenly this month, reversing the apparent progress in dialogue seen earlier this year, as U.S. President Donald Trump raised tariffs on $200 billion worth of Chinese goods and threatened to slap tariffs of up to 25% on another $300 billion Chinese imports.

The U.S. has also put the Chinese telecom equipment giant Huawei Technologies Co Ltd to a blacklist, effectively banning the company to do business with U.S. firms.

Profits in telecommunications and electronic equipment manufacturing, which are more vulnerable to U.S. tariffs than other product classes, declined 15.3% in Jan-April, worsening from a 7.0% drop in the first three months.

Iris Pang, Greater China Economist at ING, said the broadening rift between China and the United States over Huawei along with increasing concerns in other countries about the security of Huawei’s products will hit China’s exports as well as earnings of its telecom sector.

“As the technology war continues, China’s industrial profits starting from May will likely deteriorate faster (than January-April),” she said, adding that a 5.0% year-on-year contraction in January-May profits is possible as a downturn in earnings for the telecom industry deepens.

In response to a slowing economy and higher U.S. import tariffs on Chinese goods, Beijing has stepped up support for cash-strapped manufacturing firms. China has pledged billions of dollars in additional tax cuts and infrastructure spending, while its central bank has also announced a cut in three phases in the reserve requirement ratio for regional banks to reduce small companies’ financing costs.

Upstream sectors like oil extraction still saw the lion’s share of profit gains with faster growth in January-April. The decline in profits earned by steel mills and chemical plants moderated from the first three months.