TEHRAN, May 27-High-ranking national security officials of Taiwan and the United States have held a rare meeting amid ongoing tensions between Washington and Beijing. 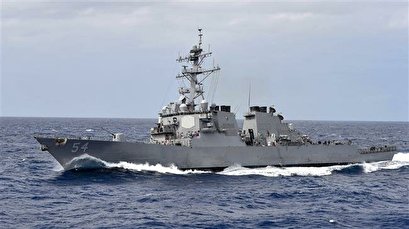 The statement added that the meeting took place between May 13 and 21 during Lee’s trip to the US and was meant to deepen cooperation between the two sides.

“During the trip, together with US government officials, Secretary-General Lee met with representatives from our diplomatic allies, reiterating support and commitment to a free and open Indo-Pacific region,” the statement said.

The official Central News Agency described the meeting as the first of its kind since 1979, when Washington cut official diplomatic relations with Taiwan after recognizing the ‘One China’ principle, which considers Taiwan as an inalienable part of China’s territory.

Beijing has emphasized that US adherence to the ‘One China’ policy is the most important factor in determining relations with the country.

Such contacts usually irk Beijing, which believes Taiwan should be brought back under Chinese control — even by force if necessary.

On the contrary, the meeting will be viewed in Taiwan as a sign of support from the administration of US President Donald Trump for the island’s aspirations towards independence from mainland China.

Despite having no formal ties with Taiwan, the US has sold Taipei more than $15 billion in arms since 2010 in defiance of opposition from China, according to the Pentagon.

Tensions have been simmering between the United States and China over a range of issues, particularly a trade war as well as Washington’s increased naval patrols in the Strait of Taiwan and the South China Sea.

China has repeatedly slammed Washington’s so-called “freedom of navigation” operations, calling the US to stop such provocative military moves and stay out of China’s territorial disputes with its neighbors.