TEHRAN, May 27-A former Israeli army officer admits that Israel’s military, with the help of militants in Syria, assassinated Samir Kuntar, a commander of Lebanese Hezbollah resistance movement, during air raids in 2015. 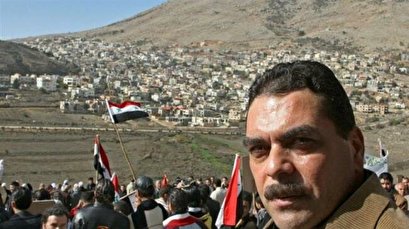 TEHRAN, Young Journalists Club (YJC) -According to UK-based Arab newspaper Asharq Al-Awsat, the ex-army officer Marco Morno said the operation was carried out with information from “one of the leaders of the Syrian opposition factions.”

The attack was conducted by two warplanes that bombed a building with four long-range missiles in Jaramana, near Damascus, in late 2015.

Kuntar was helping the Syrian government forces and Hezbollah fight back foreign-backed Takfiri terrorists in the Arab country.

“Samir Kuntar, the longest serving Arab prisoner in Israeli jails, was killed in a terrorist rocket attack targeting a building in the southern parts of Jaramana, Damascus countryside,” the official Syrian Arab News Agency (SANA) reported at the time.

He spent about 30 years in Israeli prisons and was released in 2008 as part of a swap deal between Tel Aviv and Hezbollah in exchange for the bodies of two Israeli soldiers killed during the 2006 war.

According to the so-called Syrian Observatory for Human Rights, a pro-militant monitoring group, Kuntar had been the target of various failed Israeli assassination attempts in Syria.

Morno, who was responsible for communicating with Syrian militants, revealed the details of Kuntar’s assassination during an interview with an Israeli news site on Thursday. The information he disclosed was allowed to be published under military censorship.

Hezbollah has been effectively helping the Syrian government in its fight against terrorists.

In May 2016, Mustafa Badr al-Deen, a Hezbollah commander, was killed in an Israeli air raid on the Syrian-Lebanese border.

Tel Aviv frequently attacks military targets inside Syria in what is considered as an attempt to prop up Takfiri terrorist outfits that have been suffering heavy defeats against Syrian government forces.

Numerous reports have also emerged of the discovery of Israeli-made weapons and military equipment during clean-up operations by the Syrian army.

The occupying regime has been providing medical treatment to extremist elements wounded in Syria.

Turkey is one of the main backers of anti-government militants in Syria.

On Saturday, senior militant sources said Turkey has equipped an array of terrorists it backs with fresh supplies of weaponry to help them try to repel a major Syrian assault.