TEHRAN, May 27-A senior Houthi official says Yemen has resumed its retaliatory drone attacks deep inside Saudi Arabia in response to the kingdom's spurning of “peace initiatives” sponsored by the United Nations. 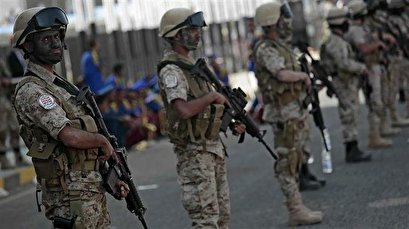 TEHRAN, Young Journalists Club (YJC) -Mohammed Ali al-Houthi, the chairman of the Supreme Revolutionary Committee of Yemen,said on Sunday the Houthi movement had agreed to halt strikes last year “in good faith” and been ready to take more steps.

“But unfortunately the aggressor countries misinterpreted these efforts (as weakness) and regarded them with contempt and indifference,” he told Reuters news agency.

Houthi further dismissed Saudi allegations that the drone strikes had been carried out on Iran's orders. “We are independent in our decisions and ... we are not subordinated to anyone,” he said.

He also said Yemeni forces had unilaterally withdrawn from three Red Sea ports, criticizing Saudi Arabia and its mercenaries for their failure to do so.

The movement, which has been significantly helping the Yemeni army against a Saudi war for the past four years, signed a UN-brokered truce deal with the Saudi side in Stockholm on December 13.

According to the agreement, Houthi fighters and Saudi mercenaries must withdraw from three ports in Yemen, particularly Hudaydah, through which more than 70 percent of Yemen’s imports are made.

Yemeni forces have stepped up retaliatory attacks inside Saudi Arabia, which has been waging a war against Yemen since March 2015. The military offensive has already claimed tens of thousands of Yemeni lives.

Over the past week, Yemeni fighters have launched three drone attacks on the airport in Saudi Arabia’s southern Najran region. A US-made Patriot missile battery at the airport was also targeted in the attacks.

A drone strike was carried out deep inside Saudi territory on two oil pumping stations on May 14.

The Houthi movement has warned that the attack ushered in a new phase of large-scale retaliatory attacks against vital targets in Saudi Arabia and the United Arab Emirates.

Senior Houthi official Mohammad al-Bukhaiti described Yemeni drone strikes in line with the right of self-defense, saying they will stop once Saudi and UAE regimes change course and put an end to their military aggression.