TEHRAN, May 27- China responded angrily on Monday as Taiwan confirmed the first meeting in more than four decades between senior U.S. and Taiwanese security officials. 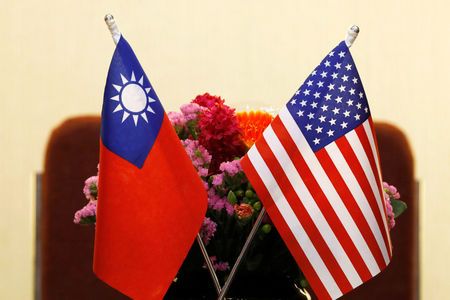 The official Central News Agency said the meeting was the first since the island and the United States ended formal diplomatic ties in 1979.

China considers Taiwan a wayward province, to be reclaimed by force if necessary, and the meeting angered Beijing which is already locked in a bitter trade war with Washington.

"China is extremely dissatisfied and resolutely opposed to this," Foreign Ministry spokesman Lu Kang told a daily news briefing, adding China was against any form of official exchanges between the United States and Taiwan.

The diplomatic ties between Beijing and Washington have become increasingly strained in recent weeks due to an escalating trade war, U.S. support for Taiwan and China's muscular military posture in the South China Sea, where the United States also conducts freedom-of-navigation patrols.

The rare meeting will be viewed by Taiwan as a sign of support from the Trump administration.

Tensions have also risen between Taipei and Beijing, which considers the democratically ruled island part of "one China".

The meeting took place during Lee's May 13-21 visit to the United States, Taiwan's brief statement said.

"During the trip, together with U.S. government officials, Secretary-General Lee met with representatives from our diplomatic allies, reiterating support and commitment to a free and open Indo-Pacific region," the statement said.