US policy toward Venezuela meant to sow discord in LatAm region: Russia

TEHRAN, May 27-Russia has rejected the US administration’s hostile policies against the Venezuelan President Nicolas Maduro and his legitimately-elected government, saying such measures as economic sanctions and military intervention are meant to sow discord among Latin American nations. 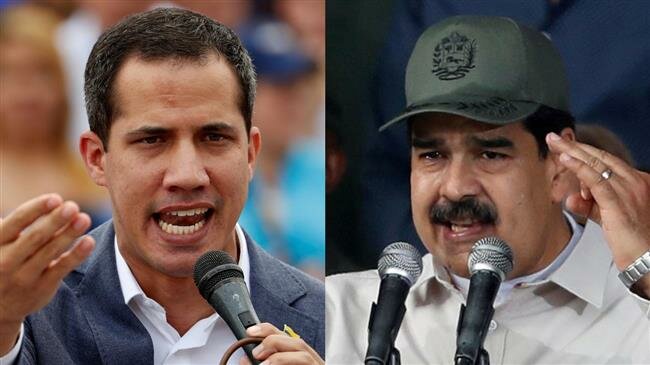 TEHRAN, Young Journalists Club (YJC) - "The actions Washington is taking towards Venezuela fully dismiss the will of the countries of Latin America and the Caribbean,” Russian Foreign Minister Sergei Lavrov said at a joint news conference after talks with his Cuban counterpart, Bruno Rodriguez Parrilla, in Moscow on Monday.

“The American administration makes every effort to convert ideological differences between the governments of individual countries into political stand-off and even military confrontation," he added.

The top Russian diplomat also dismissed Washington’s plot to "reformat" Latin America as part of the Monroe Doctrine, which envisages US exceptional interests in the Western Hemisphere, saying the policy ran counter to principles of the United Nations Charter.

"We discussed Washington’s attempts to reformat that region [Latin America] as it sees fit in the spirit of the Monroe Doctrine that is being revived," Lavrov said, adding, "Certainly, we don’t accept these approaches and we will be firmly defending provisions and principles of the UN Charter.”

Earlier in the day, Russia’s Ministry of Foreign Affairs said in statement that Moscow was ready to play a mediating role in the new round of peace talks between the legitimate government of Maduro and the US-backed opposition, which is due to be held next week in Norway’s capital, Oslo.

The Norwegian government announced Sunday that delegates from Caracas and the opposition would resume negotiations in Oslo in an effort to find a solution to a protracted political and economic crisis in the oil-rich South American country.

An earlier round of such talks was held in Oslo this month, but the opposition said there were no face-to-face meetings.

The negotiations came amid a political stalemate after months of street demonstrations and an opposition call for a military uprising.

Venezuela has been shaken by political unrest in the past several months. In January, tensions worsened after opposition figure Juan Guaido, who is also president of the National Assembly, unilaterally declared himself “interim president” of Venezuela.

The United States quickly accepted that self-proclamation and has since been working with Guaido.

On April 30, a small group of armed troops accompanying Guaido clashed with soldiers at an anti-government rally in Caracas in an attempted coup that soon petered out.

The administration of US President Donald Trump backed the attempted putsch; but Maduro, who has called Guaido a puppet of Washington, announced in a televised speech later in the day that the group of military personnel supporting Guaido had been defeated, and 25 renegade soldiers had sought refuge at the Brazilian Embassy in Caracas.

Maduro has repeatedly accused Washington of openly pushing for a coup in the oil-rich Latin American country by confiscating its state oil assets based in the US and channeling them to Guaido.

Caracas has also accused Washington of waging an economic war, which has led to hyperinflation and widespread shortages of food and medicine in Venezuela.