TEHRAN, May 27-Stabbing fatalities in the British capital is soaring again this year as a man dies of his injuries after a “horror knife fight” in eastern London. 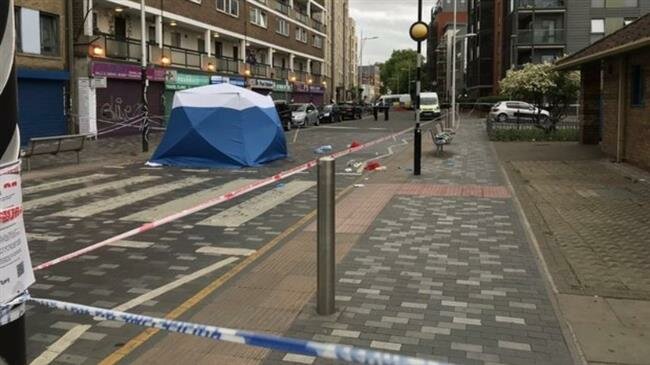 TEHRAN, Young Journalists Club (YJC) -Reports in the British media on Monday said the 23-year-old man died in hospital where he had been brought to following a brutal attack last night.

A spokesman of Scotland Yard, the London police unit investigating crime, said the stabbing had occurred in Mile End in Tower Hamlets.

“One of the victims, a 23-year-old man, had suffered multiple stab wounds. Sadly, he was pronounced dead later that night,” said the police, adding that cordons are in place at the scene of the attack while officials are investigating the case.

A second man, 25, was also injured in the attack which the Daily Star newspaper described as a horror knife fight. Officials said his injuries was not life threatening. There was no immediate arrest related to the incident.

The death takes the total toll from stabbings this year in the British capital to 32. Four people have only been killed in May.

The rising number of deaths from knife crime in London and other cities across the UK comes as the government has mostly denied a series of cuts to police budget over the past years have played a role in the crisis.

UK authorities recorded the highest number of homicides by knife or other sharp instruments last year.

Under immense pressure from campaigners, the government has earmarked an extra 100 million pound to help an understaffed police with their recruitment plan.