TEHRAN, May 27- The Lebanese government has approved a long-awaited austerity budget aimed at revitalizing the country’s ailing economy. 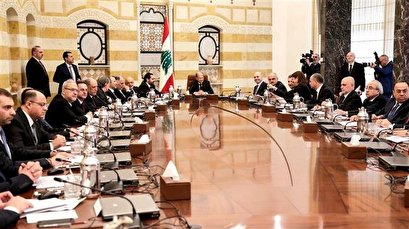 TEHRAN, Young Journalists Club (YJC) - Lebanon’s Finance Minister Ali Hasan Khalil made the announcement after a cabinet session at the presidential palace on Monday, saying that the move is expected to trim Lebanon’s deficit to 7.5 percent of gross domestic product (GDP) – a nearly 4-point drop from the previous year.

"We are ahead of an extraordinary transformation that is... essential to cut spending and boost earnings," Khalil told reporters after the cabinet session.

The Lebanese finance minister stressed that the new budget would boost donor confidence and translate into development and infrastructure projects to help revive the country’s ailing economy.

Khalil did not specifically detail austerity measures included in the budget but they are expected to entail a temporary hiring freeze in the public sector, a reduction of public sector benefits and pensions as well as tax hikes.

Lebanese public employees have, however, warned that their benefits are a red line.

Lebanon's Parliament Speaker Nabih Berri has said it could take up to a month for parliament to pass the final draft budget, according to media reports published earlier on Monday.

Lebanon, which has one of the world’s highest public debt burdens, has been the scene of demonstrations against the government’s economic reforms over the past week.

The Mediterranean country’s fiscal deficit increased to more than 11 percent of the gross domestic product last year and its international reserves have fallen to nearly 40 billion dollars.