TEHRAN, May 28 - The controversial founder of a major private television channel in Tunisia has said he will run for presidency of the North African nation in November polls. 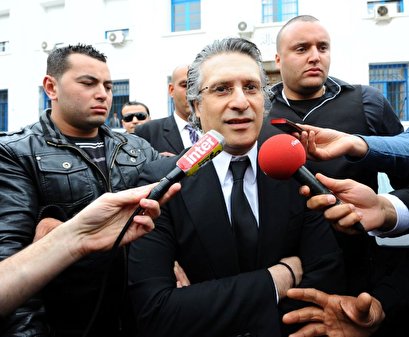 Karoui is looking to take over from outgoing President Beji Caid Essesbi, 92, whom he backed during the last election in 2014.

The media boss has been accused by regulators and some politicians of using Nessma to bolster his ambitions.

Karoui has launched high-profile charity campaigns in recent years, handing out food and clothing in front of cameras from Nessma, which he launched in 2007.

"I met people, I helped them, neighborhood by neighborhood," he said as he announced his candidacy.

"I saw the difficulty in which these people live."

Karoui said he had drawn together a group of experts to compile a program and list of candidates for parliamentary elections in October.

Essebsi, Tunisia's first democratically elected president, said in April he did not plan to stand for re-election but would make way for someone younger.