TEHRAN, May 29 - Palestinian Prime Minister Mohammad Shtayyeh called on Britain to implement its parliament's recognition of the Palestinian state on the ground. 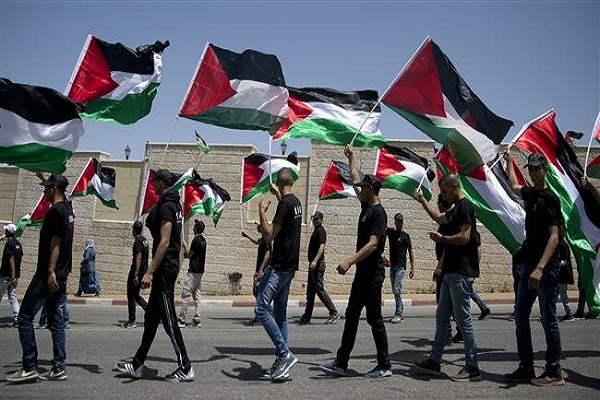 TEHRAN, Young Journalists Club (YJC) - The British move “will be so important in light of Israel's intention to annex parts of the West Bank,” Shtayyeh said in a statement on Tuesday after meeting with a British parliamentary delegation in the occupied West Bank city of Ramallah.

Back in October 2014, the British Parliament overwhelmingly voted in favor of the government recognizing Palestine as a state.

The ayes had it when 274 MPs voted to adopt the non-binding motion and only 12 voted against it.

The original motion stipulated that “this House believes that the government should recognize the state of Palestine alongside … Israel.”

Then Labour Party legislator Grahame Morris said recognizing a Palestinian state could help break the impasse in peace negotiations between the Palestinians and the Tel Aviv regime before it was too late.

Conservative lawmaker Nicholas Soames also said that “to recognize Palestine is both morally right and is in our national interest.”

Britain does not designate Palestine as a state, but asserts it could do so at any time if it believed it would help the long-stalled talks peace process between the Palestinians and Israel.