TEHRAN, May 29 -An assailant has carried out a fatal stabbing attack against a local clergyman in the southwestern Iranian province of Fars. 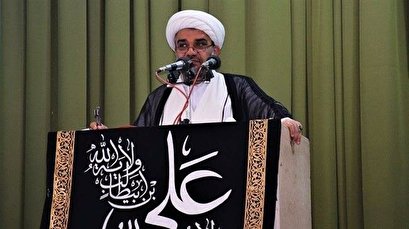 TEHRAN, Young Journalists Club (YJC) -The murderer approached Mohammad Khorsand, Kazerun County’s Friday prayers leader, in the early hours of Wednesday as he was leaving a religious ceremony together with his wife, Iranian news agencies reported.

He then asked the victim for a selfie before critically stabbing him and running away. Khorsand later succumbed to his injuries at a hospital.

The attacker, however, was successfully tracked down and arrested at a park in the county, IRNA quoted Colonel Kavous Mohammadi, the deputy for social affairs at Fars’ Law Enforcement Authority, as saying.

Ahmad Ahmadi-Zadeh, an official with the Provincial Governor’s Office, also told the agency that an investigation was underway into the motivation of the attacker, who has not yet been identified.

Last month, an assailant gunned down a theological pupil in the western province of Hamadan. The murderer was likewise identified by local security forces an died during an armed confrontation with them.