Leader: US, its cronies will fail to impose so-called deal of century on Palestinians

TEHRAN, May 29 -Leader of the Islamic Revolution Ayatollah Seyyed Ali Khamenei says the US and its cronies will fail to impose the so-called deal of the century on Palestinians. 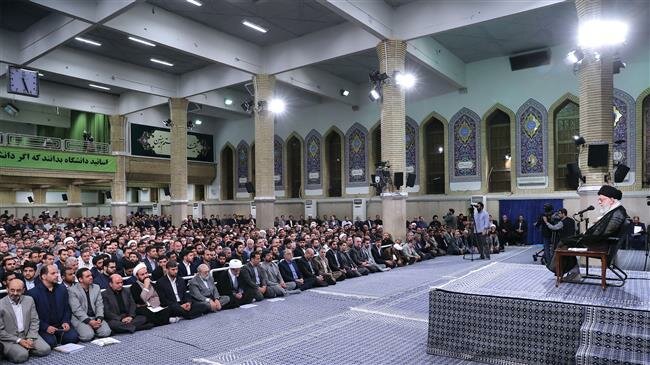 TEHRAN, Young Journalists Club (YJC) - The Leader made the remarks in a meeting with a number of university professors, elites and researchers in Tehran on Wednesday.

Ayatollah Khamenei said that defending Palestinians was both a humanitarian and a religious duty and noted that participation in this year’s International Quds Day rallies was more important than before given the ongoing sensitive developments in the region.

In his remarks, the Leader also ruled the possibility of any talks with Washington, saying, “We will not negotiate with the US as it will be fruitless.”