Energy dealings with Iran lawful, must be respected: China to US

TEHRAN, May 30 - China, the top buyer of Iranian oil, has dismissed Washington’s warning to Hong Kong that it could face penalties if it provides services to a vessel carrying Iranian oil headed for the autonomous territory, saying “normal energy dealings” with Iran are in accordance with law and should be respected. 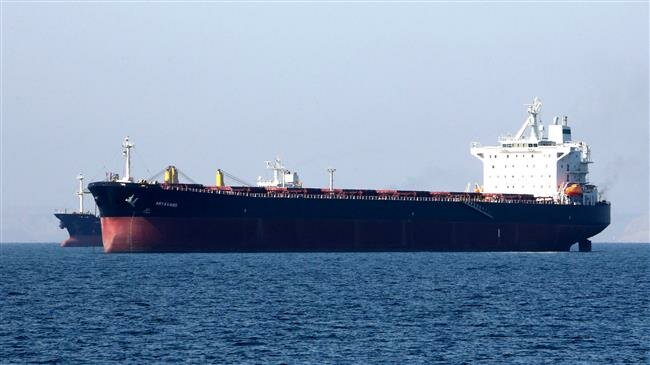 “The normal energy dealings between Iran and the international community, including China, that is within the framework of international laws, are reasonable, lawful, and should be respected and protected,” said the statement.

The response came a day after Washington warned Hong Kong to be on the lookout for the Pacific Bravo carrying Iranian oil that may seek to stop in the Asia financial hub, and said that any entity doing business with the vessel “would be exposing themselves to US sanctions.”

The Pacific Bravo is owned by China’s Bank of Kunlun, which has been the main official channel for money flows between China and Iran amid US sanctions on Tehran. It is majority-owned by China National Petroleum Corp’s listed financial arm, CNPC Capital.

Meanwhile, the Hong Kong Commerce and Economic Development Bureau said it has been “strictly implementing sanctions decided by the United Nations,” which don’t impose “any restrictions on the export of petroleum from Iran.”

“Certain countries may impose unilateral sanctions against certain places on the basis of their own considerations. Those sanctions are outside the scope of the UN Security Council sanctions implemented by [Hong Kong],” said the bureau.

The White House said on April 22 that it will not renew exemptions granted last year to buyers of Iranian oil in an attempt to bring Iran’s oil exports to “zero,” around a year after it abandoned a 2015 multinational nuclear deal with Iran and reinstated its sanctions against the Islamic Republic in a much-criticized move.

The move sent oil prices soaring to an unprecedented level since November 2018 and drew harsh criticisms from the main customers of Iranian crude, especially China and Turkey.