Russian envoy: US to bear guilt for collapse of JCPOA

TEHRAN, May 30 -Russia’s ambassador to Iran held the US accountable for a probable collapse of the 2015 Iran nuclear deal, from which Washington has withdrawn. 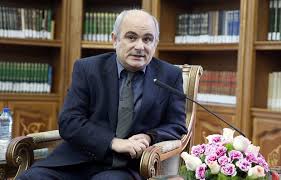 TEHRAN, Young Journalists Club (YJC) - In an interview with Russian newspaper Izvestia, Levan Dzhagaryan said Moscow is trying to persuade Tehran to refrain from exiting from the Joint Comprehensive Plan of Action (JCPOA), adding that only the US will be to blame for a collapse of the accord if the Russian efforts fail.

"Of course, Iran’s potential pullout from the JCPOA and the Treaty on the Non-Proliferation of Nuclear Weapons (NPT) will be regrettable. At this stage, we are continuing explanatory work with the Iranians, cautioning them against refusing to honor their commitments under both the nuclear deal and the Additional Protocol to the IAEA Comprehensive Safeguards Agreement, whose provisions, by the way, Tehran complies with on a voluntary basis. If Iran, nevertheless, decides to quit the JCPOA, the responsibility for the collapse of that international recognized agreement will lie entirely with the US, which grossly violated its obligations, withdrew from the JCPOA and continues to step up pressure on Tehran by imposing illegitimate unilateral sanctions," the Russian ambassador stressed.

"There is still some time left for diplomacy. Together with our nuclear deal partners, we will continue to work to prevent events from developing under a negative scenario," Tass quoted Dzhagaryan as saying in the interview.

On the prospect of Iran’s cooperation with international associations, particularly with the Shanghai Cooperation Organization (SCO), the ambassador said Moscow supports Tehran’s desire to be granted full-fledged membership in the SCO.

"We expect the issue to be discussed in detail during the organization’s next summit in Bishkek scheduled for June 13-14," he added.

Asked about plans to lift visa restrictions for Russian and Iranian travelers, the ambassador said the two countries’ foreign ministers had recently signed a protocol on the amendments to the 2015 intergovernmental agreement on mutual travels.

"This document provides for issuing visas to entrepreneurs based on written requests from interested organizations, government agencies or local authorities. That, of course, can be a positive impetus for intensifying ties between the two countries’ business communities," Dzhagaryan concluded.