TEHRAN, May 31 - Mexican officials say 62 migrants have escaped an immigration facility in Ciudad Juarez, across from El Paso, Texas. 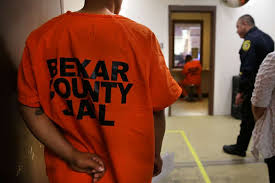 TEHRAN, Young Journalists Club (YJC) - The National Migration Institute said Thursday a group of Cubans at the facility set a fire and threatened workers. It added that the blaze was quickly controlled and none of the migrants or workers were hurt.

Such escapes have become more common since April.

That month more than 600 people fled the Siglo XXI detention center in the southern state of Chiapas in an incident the likes of which had not been seen before. In early May nearly 100 more escaped the facility.

Frustrated by overcrowding and long waits for visas, many migrants have opted to continue north toward the United States without getting legal protections for their time in Mexico.