TEHRAN, May 31 -A group of opposition senators ransacked their meeting room in Parliament on Thursday, dragging out broken furniture and computers to block the ratification of interim Prime Minister Jean-Michel Lapin. 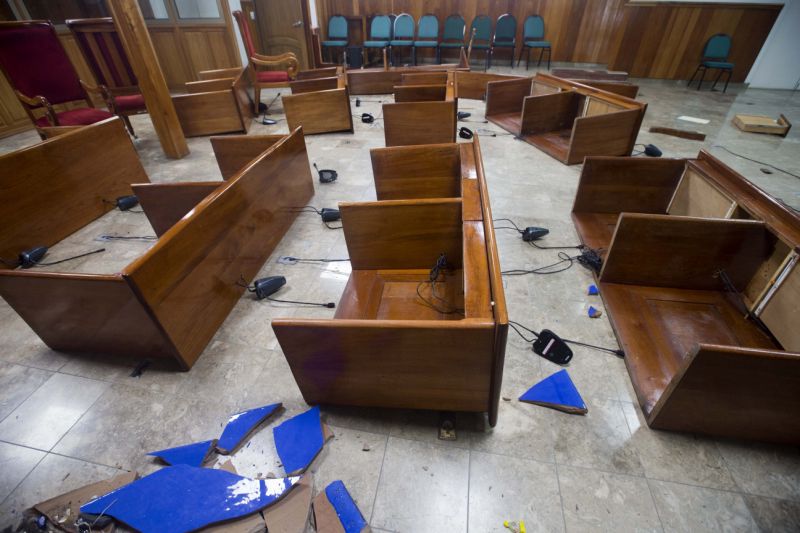 TEHRAN, Young Journalists Club (YJC) - Dozens of protesters gathered outside Parliament to support the senators as they burned tires in the street, set a truck on fire and clashed with police that fired tear gas.

"It's the people who fight who make history," said opposition Sen. Antonio Cheramy, who was part of the group that trashed the room.

Tear gas overwhelmed both police and residents of downtown Port-au-Prince as parents with young school children tried to escape the violence.

"Jovenel has to leave!" yelled one protester who threw himself on the ground in front of police, referring to embattled President Jovenel Moise.

Legislators were supposed to meet on Thursday to debate for the third time whether to designate Lapin as prime minister. It is unclear when they would meet again.

The United Nations' Core Group issued a statement condemning the violence, saying it was deeply concerned "about the serious political, economic, social and security crisis in Haiti."