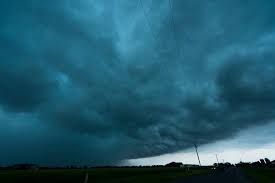 “But it’s hard to say that climate change by itself is going to cause of these tornado outbreaks,” he added.

Vagell said research on the link between climate change and tornado activity is mixed.

While tornados dropped to record lows from about 2014 to 2018, he noted that rising ocean temperatures could be shifting tornadoes from the south-central part of the United States known as “tornado alley” towards the east.

“If you look in the bigger scale of things, I do think that when ocean temperatures are rising, you have more fuel in the Gulf of Mexico,” he told Hill.TV. “What we’re seeing is tornado alley is possibly being shifted a little bit from the plains eastward toward the Mississippi Valley, the Midwest and Southeast.”

Vagell also said that researchers still have a long way to go on tornado predictions, saying meteorologists can only predict specific activity, such as where a tornado will touch down, a few days in advance, which gives little time for preparation.

“You can see the writing on the wall about two or three weeks in advance that we were seeing early, active pattern,” he said. “But the tricky thing is you can’t say exactly what city might get hit, you can just say, ‘OK, Central United States should be bracing over the next couple of weeks.’”

Tornado season, which generally stretches from late spring to early summer, is in full swing.

According to the Washington Post, at least 225 tornados spanning multiple states have been confirmed over the span of just two weeks.

President Trump even declared a state of emergency in Kansas late Tuesday following a massive tornado in the area, and disaster aid has been made available to supplement the state's response efforts.

No fatalities have been reported. But, according to the Kansas City Star, 12 people have suffered storm-related injuries. Some people in other states, meanwhile, weren’t so lucky.

A tornado turned deadly in Ohio over Memorial Day weekend, injuring more than 100 people and killing one.