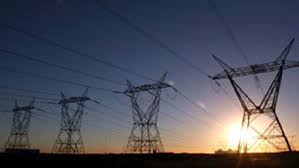 TEHRAN, Young Journalists Club (YJC) -According to Argentina's Energy Secretariat millions of people across Argentina and Uruguay were left without power early on Sunday.

"A massive failure in the electrical interconnection system left all of Argentina and Uruguay without power," Energy distribution company Edesur, a major electricity provider to the two countries, wrote in a tweet.

Initial reports had said some parts of Paraguay, Chile, and Brazil had been affected by the power failure.

Brazil´s power system operator (ONS), however, said the outage had not impacted the neighbor to the north.

Argentina and Uruguay have a combine population of about 48 million people.

Early this morning, Buenos Aires started the day powerless: public transportation was hobbled and water systems were cut off. The outage also crippled phone and internet communications across the city.

Argentina energy agency said in a statement that authorities were working to restore power in these regions.

"The system is already being lifted from scratch,” the agency stated.

The cause of the outage was still unclear.

Meanwhile, local elections in Argentine scheduled for Sunday were postponed to a later date in several provinces.