TEHRAN, Jun 17 - Amid the restructuring, Germany’s largest lender will also reportedly reduce or entirely close equity and rates trading businesses outside continental Europe. The overhaul follows money laundering allegations, years of struggling to generate sustainable profits, and a failed attempt to create a financial behemoth by merging with Commerzbank. 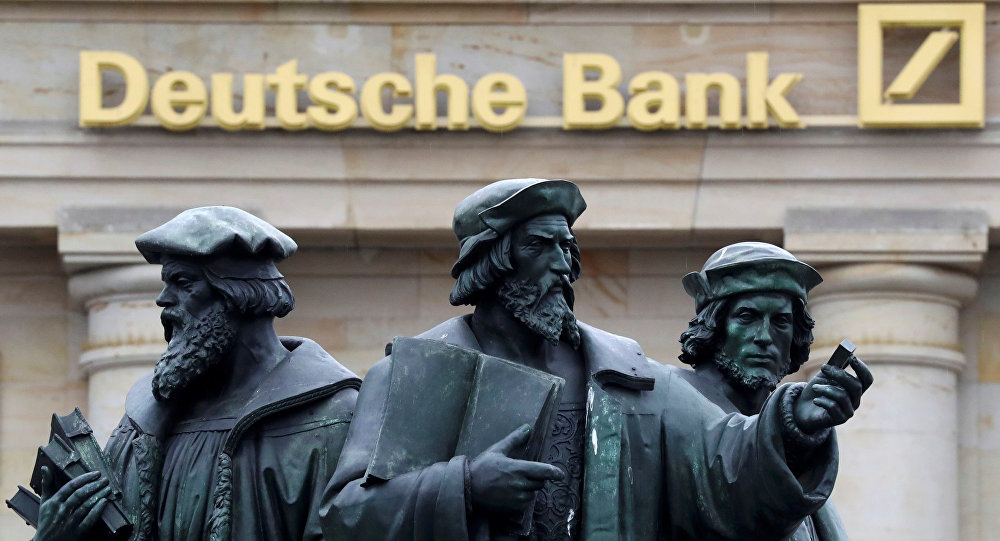 TEHRAN, Young Journalists Club (YJC) -Germany’s Deutsche Bank is planning an overhaul of its trading operations, creating a so-called bad bank and shutting or curtailing its units abroad, The Financial Times reported. Its chief executive, Christian Sewing, could reportedly make an official announcement next month when the institution reports its second-quarter earnings on 24 July.

The bad bank is expected to house or sell non-core assets, which have a reported worth of €50 billion, adjusted for risk. This would comprise mainly long-term trades that were considered toxic and a burden for the bank, which has been struggling to make a sustainable profit since the 2008 financial crisis.

Following the restructuring, the financial giant would be able to switch focus from investment banking, which is considered highly profitable, albeit risky, to mainstream banking management, e.g. transaction operations.

Besides downsizing its stocks and rates trading units outside continental Europe, Deutsche Bank is eying cutting its US equities business, as Reuters earlier reported. The cuts could entail job losses in the UK and the US, where the financial institution has almost 20,000 employees in total.

TEHRAN, Young Journalists Club (YJC) - Deutsche Bank responded to an enquiry by the FT that it is “working on measures to accelerate its transformation so as to improve its sustainable profitability”, repeating its earlier statements from May, when reports about the upcoming overhaul first emerged.

“We will update all stakeholders if and when required”, the bank stated.

Germany’s largest lender has recently traded at record lows following years of failed attempts to rebound from the 2008 crisis and generate sustainable profits. Apart from this, Deutsche Bank has been repeatedly fined for failing to fight money laundering and has been embroiled in a scandal over its dealings with Trump’s real estate business. The New York Times reported that Deutsche Bank has lent over $2 billion to Trump over the last two decades, using his business as a launch pad for entering the US market.