TEHRAN, Jun 27 -The US-led NATO military alliance has agreed on a package of political and military measures to deter Russia from launching a cruise missile that NATO alleges to breach a Cold War-era deal between Washington and Moscow. 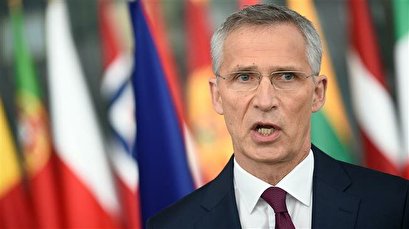 TEHRAN, Young Journalists Club (YJC) -The Intermediate-Range Nuclear Forces Treaty (INF) was signed toward the end of the Cold War in 1987 by the then-US President Ronald Reagan and Soviet leader Mikhail Gorbachev. It banned all land-based missiles with ranges of between 500 and 5,500 kilometers and included missiles carrying both nuclear and conventional warheads.

The treaty, seen as a milestone in ending the Cold War arms race between the two superpowers, led to the elimination of 2,692 missiles from both sides, riding Europe of land-based nuclear missiles.

However, the US announced in early February that it would suspend compliance with the INF and formally withdraw in six months, on August 2, if Moscow did not halt its alleged violation of the pact by testing ground-launched 9M729 cruise missiles. The US-led NATO claims that the missile can fly at ranges banned by the agreement.

Moscow has strongly rejected the allegation, saying the maximum range of the missile, which NATO has named SSC-8, is 480 kilometers, thus it does not breach the INF.

Russia has also suspended the deal in response to the US decision.

On Wednesday, NATO defense ministers gathered at the alliance’s headquarters in Brussels, Belgium, to discuss how to deter Russia from potentially launch missile attacks on Europe at short notice if the INF collapses next month.

“There’s a window of opportunity. Time is running out but it is still possible for Russia to save the INF treaty,” said NATO Secretary General Jens Stoltenberg at a press conference on Wednesday.

“If they (Russians) don’t come back into compliance before August 2, then they have to bear the full responsibility for the demise of the treaty,” he added.

NATO says the 9M729 missiles are launched from mobile batteries, making them hard to detect, Furthermore, they have a shorter warning time than long-range missiles, enabling them to potentially hit targets across Europe in a matter of minutes.

“We have agreed on a wide range of measures: political measures, military measures, exercises, missile defense, conventional, and any others,” Stoltenberg said, adding, “Some of them will be long term, others it will be possible to implement short term or more concretely.”

A NATO-Russia Council forum has been called for next week as a last-ditch attempt to save the INF before the US-imposed August 2 deadline. However, there is little expectation of Russia backing down.

The development comes just over a week after Russia rejected as “unfounded” repeated US claims that Moscow conducted nuclear tests beyond the “zero yield.”

Meanwhile, another arms control treaty, New START, is due to expire in 2021 unless Washington and Moscow agree to extend it for another five years.