TEHRAN, Jul 8 -Deutsche Bank laid off staff from Sydney to London on Monday as it began 18,000 job cuts in a 7.4 billion euro ($8.3 billion) “reinvention” which Germany’s largest lender said would mean yet another annual loss, knocking its shares. 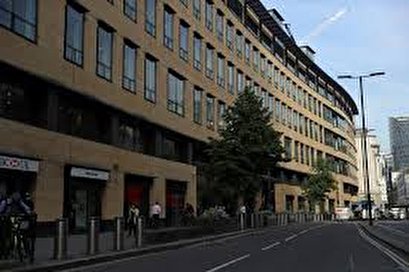 TEHRAN, Young Journalists Club (YJC) -In a retreat from a decades-long ambition to make its struggling investment bank, which employs 38,000 people, a force on Wall Street, Deutsche Bank said on Sunday it would scrap its global equities operations and cut some in fixed income.

Shares in Deutsche Bank, which has almost 91,500 staff around the world, erased early gains and were down 4.1% at 1224 GMT after the bank’s finance chief flagged “significant uncertainty” whether it would break even in 2020.

Chief Executive Christian Sewing told journalists from the bank’s London office, where hundreds of the cuts are expected, that he was “doing nothing short of reinventing” Deutsche Bank, which will have been in the red for four out of the past five years as it dealt with a series of setbacks.

At Deutsche Bank’s investment banking headquarters in London, where the bank employs 8,000 people, several said they were leaving for the last time, though few were keen to talk.

“I was terminated this morning. There was a very quick meeting and that was it,” said one IT worker, who had been working on a project in the bank for more than two years.

The nearby Balls Brothers pub was filling up with now former Deutsche Bank staff.

Bankers seen leaving Deutsche Bank’s Sydney office also said they had been laid off, but declined to be identified as they were due to return later to sign redundancy packages.

JP Morgan analysts called the plan “bold and for the first time not half-baked” but questioned the credibility of execution, revenue growth and employee motivation.