TEHRAN, Jul 31 - Iran says it is still planning to take the third step in reducing its commitments under the 2015 nuclear deal with six world powers unless Britain, France and Germany -- the three European signatories to the agreement -- take a major step towards fulfilling Iran's demands. 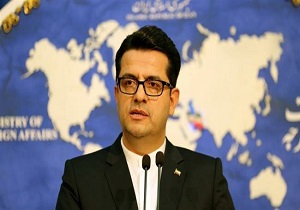 "They (the Europeans) are still a long way from measures that would convince Iran not to take the third step," Mousavi was quoted as saying in the interview, which was published on Wednesday.

He said Iran was determined to further cut back on its commitments under the Joint comprehensive Plan of Action (JCPOA), unless there is a "special" change that "they themselves could say is a major step and would convince Iran that there has been a resolve to take a step towards saving the JCPOA."

The remarks came days after representatives of the JCPOA signatories -- the UK, France, China, Russia and Germany -- held an extraordinary meeting of the JCPOA Joint Commission in Vienna to discuss the future of the landmark accord over a year after US President Donald Trump withdrew from it.

Ever since quitting the deal in May 2018, Trump has tried to block trade between Iranian and European companies by imposing sanctions that target a wide range of Iranian exports, including its crude oil.

The European signatories of the deal have refused to follow Trump’s suit and said they would try to salvage the deal by protecting European businesses through a special payment channel, called INSTEX.

Months after unveiling their solution to the sanctions, however, Iran has yet to see any real benefits.

Frustrated with Europe’s inaction in the face of US pressure, Iran began to reduce its JCPOA commitments earlier this year, using the mechanisms defined in the deal.

Tehran issued its first 60-day ultimatum to Europeans in May. After that, as a first step Iran increased its enriched uranium stockpile to beyond the 300 kilograms set by the JCPOA.

In the second step, Tehran began enriching uranium to purity rates beyond the JCPOA-limit of 3.76 percent.

Mousavi said in the interview on Wednesday that the third step would be an extension of the same measures but with "higher intensity," including possibly enriching uranium to higher purities.