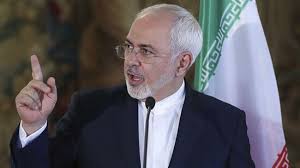 TEHRAN, Young Journalists Club (YJC) - In a statement on Thursday, the General Staff of the Iranian Armed Forces said Washington’s illegal move to designate Zarif reflects its weakness and humiliation.

The undiplomatic measure to sanction Iran’s foreign minister reflects Washington’s frustration and is seen as an attempt to make up for the US successive defeats in the world and region, it added.

Highlighting the US government’s isolation and humiliation in the world, the statement said the US has tried to drum up support for a naval coalition in the Persian Gulf to threaten the security of the region, but the overt and covert opposition from European and regional states has exasperated the White House.

In a separate statement, the Islamic Revolution Guards Corps (IRGC) condemned the US “ridiculous, illegal and unwise” move to blacklist Zarif, saying it lays bare Washington’s anger at the “Islamic Republic’s inspiring and anti-arrogance discourse.”

“The fact is that the Islamic Republic of Iran has put an end to the age of superiority and adventurism of the Americans in the region, and inflicted humiliating defeats on them as well as their regional and trans-regional cohorts,” the IRGC added.

The US Department of State said on Wednesday it has designated Zarif for acting on behalf of Leader of the Islamic Revolution Ayatollah Seyed Ali Khamenei. The US president had issued an executive order on June 24, imposing sanctions on the Leader and his office and authorizing sanctions on others associated with Ayatollah Khamenei.

Zarif has dismissed the US move, saying that being designated by the US would not affect him since he has ho properties outside Iran.