Egypt, Iran, Pakistan among top growth countries with respect to tobacco consumption: WHO

Tehran, YJC. -- On World No Tobacco Day, 31 May, the World Health Organization (WHO) said Egypt, the Islamic Republic of Iran, and Pakistan are expected to be among the top growth countries, with respect to tobacco consumption, worldwide, in the next 40 years. 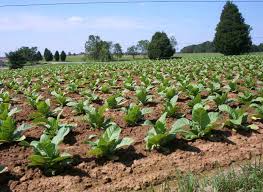 Meanwhile WHO called on countries to raise tobacco taxes. Higher taxes on tobacco raise more revenue for governments and health programmes, reduce tobacco use and lead to healthier communities and healthier economies.

Tobacco taxation works
Taxation is one of the most effective ways of reducing tobacco use. Increasing the price of tobacco reduces tobacco use by discouraging initiation among potential users, encouraging current users to quit and helping to prevent relapse in those who have stopped. Under the WHO Framework Convention on Tobacco Control, countries should implement tax and price policies on tobacco products as a way to reduce tobacco consumption."By raising tobacco taxes”, says Dr Ala Alwan, WHO Regional Director for the Eastern Mediterranean, "we can reduce tobacco use and prevent young people from starting to smoke”.
Tobacco use is increasing in the WHO Eastern Mediterranean Region

Tobacco use is increasing in many countries in the Region. Cigarettes are the most prevalent form of regulated tobacco, but other forms of tobacco are also prevalent in the Region, such as waterpipe and smokeless tobacco. Waterpipe tobacco is the most popular form of other tobacco products, with Egypt and Saudi Arabia estimated to account for over 40% of the market worldwide. Smokeless tobacco, on the other hand, is prevalent in countries such as Afghanistan, Pakistan and Yemen, with its use increasing in the rest of the Region as well. Smoking prevalence has reached as high as 47% among young males and females aged 13–15 years in certain countries in the Region, while the increasing waterpipe consumption has placed the Eastern Mediterranean Region second globally in male tobacco use, following the Western Pacific Region.
Egypt, the Islamic Republic of Iran, and Pakistan are expected to be among the top growth countries, with respect to tobacco consumption, worldwide, in the next 40 years. The Eastern Mediterranean Region has the second lowest average for cigarette prices. "In some countries”, explains Dr Alwan "a cigarette pack can be sold for less than one US dollar”.
Higher taxes reduce tobacco use and save lives
Evidence clearly shows that higher taxes work. A 10% increase in tobacco prices would reduce tobacco consumption in countries by 4% to 5%, reducing the number of smokers and saving lives.

Many countries in the Region have been targeted by cigarette smugglers. Smuggled cigarettes are untaxed and therefore less expensive. They deprive governments of tax revenue and undermine their pricing policies, legal restrictions and health regulations on tobacco.
The tobacco industry claims that higher taxes on their products will increase tobacco smuggling.

They argue that this will undermine government efforts to reduce tobacco use and raise revenues.  However, Dr Alwan responds that "tobacco smuggling is controllable through solid governance, monitoring and implementation of tobacco control laws, and through ratifying the Protocol to Eliminate Illicit Trade in Tobacco Products, the first Protocol to the WHO Framework Convention on Tobacco Control”.

Tobacco use is one of the four main risk factors that increase the risk of or cause most noncommunicable diseases, along with physical inactivity, unhealthy diet and harmful use of alcohol. Tobacco accounts for almost 6 million deaths every year (including over 600 000 deaths from exposure to second-hand smoke), and is projected to increase to 8 million by 2030."The United Nations Political Declaration on the Prevention and Control of Non-communicable Diseases”, notes Dr Alwan "provides a vision for action, while the regional framework for action to implement the Declaration provides a clear roadmap for countries in the Region to prevent and control noncommunicable diseases by focusing on lessening the risk factors associated with these diseases”.
Share to
Tags
Egypt ، Iran ، Pakistan ، tobacco ، WHO
Your Comment