US legacy of targeting civilians alive since Hiroshima: Zarif

TEHRAN, August 7 - Marking the anniversary of the nuclear bombing of Japan’s Hiroshima, Foreign Minister Mohammad Javad Zarif says the United States’ legacy of targeting civilians lives on 74 years after it became the only country to ever drop a nuclear bomb. 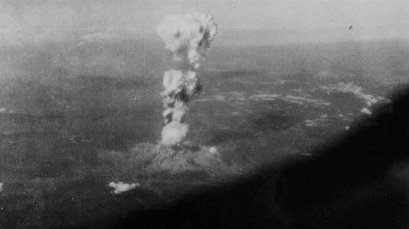 On August 6, 1945, an American B-29 bomber dropped its atomic payload over the Japanese port city of Hiroshima, ultimately killing 140,000 people.

Three days later, a second US nuclear attack on Nagasaki killed another 70,000 people.

“This time, [the US is targeting civilians] with Economic Terrorism, violating a historic nuclear deal & punishing those who seek to adhere to it,” Zarif added.

The US left the nuclear agreement, officially known as the Joint Comprehensive Plan of Action (JCPOA), last May. The deal had been inked between Tehran and six world states — the US, the UK, France,

Russia, China, and Germany — in 2015 and was later endorsed by a UN Security Council resolution.

Washington then returned the sanctions that had been lifted by the accord and has been trying to persuade the remaining signatories into leaving the JCPOA in violation of Security Council Resolution 2231.

It has also threatened sanctions against the countries and entities that continue trading with Iran, particularly in energy sector, in defiance of unilateral American bans.