TEHRAN, August 7 -Asia central banks signaled major concerns on Wednesday about the outlook for economic growth, stunning markets with a series of surprising interest rate cuts and pointing to policymakers’ dwindling ammunition to fight off a downturn. 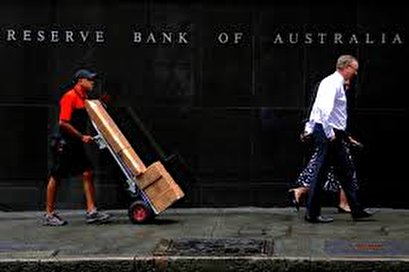 “Almost every tool in the box has been used to engineer a soft landing in the current economic cycle downturn,” analysts at OCBC in Singapore said in a market note, arguing that limited stimulus options, given that rates are generally very low, were problematic.

“We may stave off this recession with rate cuts - but when the accumulation of stresses comes due in the next downturn, the lack of monetary policy space is likely to result in a harder landing for the global economy.”

New Zealand’s central bank cut its official cash rate 50 basis points to a record low of 1%. That caught off guard investors who expected a 25 basis point cut, prompting a 2% fall in the country’s currency.

The Bank of Thailand followed suit, cutting its one-day repurchase rate by 25 basis points to 1.5%. All but one of 15 analysts in a Reuters poll had predicted no rate change.

Citing growth concerns as “the highest priority”, the Indian central bank cuts its repo rate a bigger-than-expected 35 basis points to 5.4%.

Market volatility this week as the U.S.-China trade war ramped up has added to concerns for central banks. In South Korea, policymakers said they stood ready to cut rates if needed to deal with the impact of anxious markets.

Pointing to similar concerns over the global economic outlook, Bank of Japan (BOJ) policymakers called for the central bank to talk about increased stimulus, according to a summary of views from the July policy review.

With interest rates hovering around zero, the BOJ is left with little ammunition to fight a downturn. Prolonged ultra-low rates have also heightened the cost of additional easing by hurting margins for banks.

After cutting rates, the governor of New Zealand’s central bank, Adrian Orr, pointed to the risk that the central bank will have to do much more to counter the slowdown in economic growth.

“It is easily within the realms of possibility that we might have to use negative interest rates,” Orr told a news conference after Reserve Bank of New Zealand’s policy meeting.

Minutes of the meeting highlighted how alarmed policymakers had become by the escalation in the Sino-U.S. trade dispute, fearing its deadening impact on investment and growth.