TEHRAN, August 8- China has lashed out at the US for warning Beijing over its support for Venezuela, urging Washington to stop its bullying actions across the world. 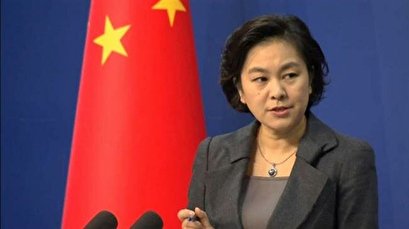 TEHRAN, Young Journalists Club (YJC) -Chinese Foreign Ministry Spokeswoman Hua Chunying made the remarks on Wednesday in an online statement released in reaction to a warning by US National Security Advisor John Bolton that China and Russia must stop their business with the government in Caracas.

The Chinese spokesperson described the comments as "a wanton interference in Venezuela's internal affairs."

"China urges the US to... let the Venezuelan people decide their own future and immediately stop the bullying actions of suppressing other countries at every turn," she added.

Bolton said on Tuesday that Washington could impose sanctions on any international company for conducting business with Venezuelan President Nicolas Maduro.

“We are sending a signal to third parties that want to do business with the Maduro regime: proceed with extreme caution,” Bolton said in a summit on Venezuela in the Peruvian capital Lima.

The measure means that international companies will have to choose whether to access the US and its financial system or do business with Maduro, he noted.

His remarks came after US President Donald Trump ordered a freeze on all Venezuelan government assets in the US and barred transactions with its authorities.

China has had close relations with Maduro over the years and is one of Caracas's main creditors.

Venezuelans are suffering from a lack of basic necessities under US sanctions. According to United Nations statistics, a quarter of Venezuela’s 30-million-strong population is in need of humanitarian aid.

Washington has imposed several rounds of sanctions against the oil-rich country to oust Maduro and replace him with opposition figure Juan Guaido, who declared himself “interim president” earlier this year.

Since May, the government of Maduro has engaged in negotiations with the opposition led by Juan Guaido in a bid to resolve sharp political differences.