To protect your picnic from theiving seagulls, stare them down

TEHRAN, August 8- Staring down seagulls makes them less likely to steal your lunch, according to research by scientists at the University of Exeter. 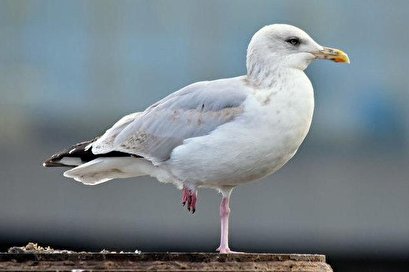 TEHRAN, Young Journalists Club (YJC) -When researchers left an open bag of chips on the ground, herring gulls took 21 seconds longer to approach when there was a human staring at them. Researchers attempted to entice 74 gulls, but most flew away or ignored the free food.

Twenty seven approached the food, but only 19 looked at the food and then looked away, checking their surroundings. Those 19 are the gulls featured in the study.

"Gulls are often seen as aggressive and willing to take food from humans, so it was interesting to find that most wouldn't even come near during our tests," Madeleine Goumas, researcher at Exeter Ecology and Conservation, said in a news release. "Of those that did approach, most took longer when they were being watched. Some wouldn't even touch the food at all, although others didn't seem to notice that a human was staring at them."

The study, published this week in the journal Biology Letters, didn't examine why individual gulls behaved as they did. Previous studies have shown animals like birds and fish have distinct personalities that influence their behavior.

Authors of the study hypothesized that some gulls may simply be bolder than others. It's also possible that some birds have had positive experiences being willingly fed by humans. The behavior could be cultural, as well, learned from previous gulls who were fed by humans.

"Gulls learn really quickly, so if they manage to get food from humans once, they might look for more," researcher Neeltje Boogert said.

Of course, many hungry humans aren't looking to part with their lunch. To keep food safe from seaside thieves, researchers suggest being watchful, and if a gull looks keen on swiping a sandwich, simply lock eyes. The bird just might think twice and steer clear.

"Our study took place in coastal towns in Cornwall, and especially now, during the summer holidays and beach barbecues, we are seeing more gulls looking for an easy meal," Boogert said. "We therefore advise people to look around themselves and watch out for gulls approaching, as they often appear to take food from behind, catching people by surprise.