TEHRAN, August 9 - The governments of Guatemala and Mexico said on Thursday that between them, almost 300 of their citizens had been detained in the southern U.S. state of Mississippi as part of sweeping U.S. immigration operations. 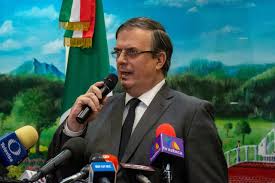 On Twitter, the Mexican foreign ministry said 122 Mexican nationals had been detained, of whom 34 had been released and notified of dates for hearings with migration authorities.

Guatemala’s foreign ministry said in a statement that 176 of its citizens had been arrested in the raids in Mississippi, 142 of them men and 34 women.

Separately, the Honduran foreign ministry said that two Hondurans so far had been confirmed among those detained.

U.S. President Donald Trump has made cracking down on illegal immigration, especially from Central America and Mexico, one of the signature policies of his administration.