Pentagon announces killing of US 'adviser' in Iraq in combat mission

TEHRAN, August 11 -The US military has announced the killing of one of its soldiers in Iraq’s northern Nineveh province during what it describes as a combat mission along with Iraqi security forces, without elaborating on the circumstances. 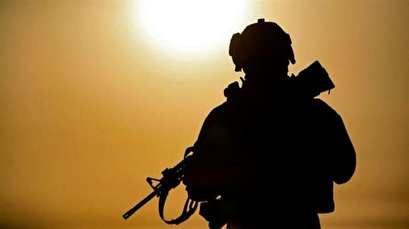 TEHRAN, Young Journalists Club (YJC) -“One US service member died today during an Iraqi Security Force mission in Nineveh province, Iraq, while advising and accompanying the (Iraqi security forces) during a planned operation, said a Saturday statement by the US Central Command (CENTCOM) responsible for American military operations in the Middle East and North Africa.

The statement did not give further details about the nature of the operation but Pentagon officials have claimed that the US-led international coalition purportedly combating Daesh (ISIL) terrorists in Iraq and Syria continue to be active despite proclaiming total victory against them months earlier.

However, US press reports say that Iraqi forces have recently launched new operations in the country's northern area to weed out remnants of ISIL militants, who are widely suspected among Iraqi circles of being backed by the American military and its regional allies.

The US Defense Department further stated that the identity of the killed soldier was being withheld until notification of his next of kin.

The Pentagon established a joint task force in 2014 dubbed Operation Inherent Resolve with the purported objective of fighting ISIL terrorists across Iraq and Syria amid widespread reports that many of militants were trained by US military forces in a scheme to overthrow the government of Bashar al-Assad in Syria.

The development came amid Iraqi government and media reports that members of the pro-government Iraqi Popular Mobilization Units (PMU), known in Arabic as Hashd al-Sha'abi, have managed to cleanse more than a dozen villages in the southern part of Nineveh province during the third phase of a major offensive to hunt down remnants of Daesh terrorists.

The media bureau of Hashd al-Sha’abi -- which has been fervently opposed by the US military as a major challenge to the continued presence of American and other US-led forces in the terror-ravaged country -- announced in a statement last week that the 40th Brigade of the volunteer forces had purged 13 villages of ISIL militants.

Separately, the 4th and 24th brigades of Hashd al-Sha’abi, supported by government troops, destroyed a number of militant hideouts and defused six improvised explosive devices northeast of the town of Miqdadiyah, which lies in Iraq’s eastern province of Diyala and located about 80 kilometers northeast of the capital Baghdad.

The statement made no mention of the involvement of US forces in the operations, adding that Iraqi army, police and Hashd al-Sha’abi units, backed by the Iraqi Air Force fighter jets, had launched the third phase of the Will of Victory Operation in the eastern Diyala province and Nineveh province in the north.