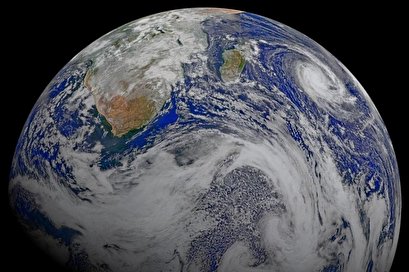 TEHRAN, Young Journalists Club (YJC) -The Earth's magnetic field and its magnetic poles aren't static. Over the last few years, the planet's magnetic north pole has been drifting more than usual, shifting erratically -- so much so, that scientists had to redraw the magnetic maps that enable modern navigational systems.

Earth's magnetic field does more than dance around every few hundred thousand years -- the magnetic poles reverse, or flip. The last reversal happened 770,000 years ago.

To better understand how the so-called Matuyama-Brunhes reversal played out, scientists surveyed a variety of geomagnetic clues hidden in lava flows, ocean sediments and Antarctic ice cores. Over the last several years, scientists have developed more and more precise methods for measuring the signatures of Earth's magnetic history.

The latest research, published this week in the journal Science Advances, offers a clearer picture of what a magnetic reversal looks like.

"Reversals are generated in the deepest parts of the Earth's interior, but the effects manifest themselves all the way through the Earth and especially at the Earth's surface and in the atmosphere," Brad Singer, geologist at the University of Wisconsin-Madison, said in a news release. "Unless you have a complete, accurate and high-resolution record of what a field reversal really is like at the surface of the Earth, it's difficult to even discuss what the mechanics of generating a reversal are."

The latest analysis showed that in the lead up to the last reversal, Earth's magnetic field slowly weakened, shifted and then briefly stabilized before finally flipping. The process took at least 22,000 years to complete.

Scientists gained the greatest insights into the last reversal by studying lava flows in Chile, Tahiti, Hawaii, the Caribbean and the Canary Islands.

"Lava flows are ideal recorders of the magnetic field. They have a lot of iron-bearing minerals, and when they cool, they lock in the direction of the field," said Singer. "But it's a spotty record. No volcanoes are erupting continuously. So we're relying on careful field work to identify the right records."

Magnetic readings and radioisotope dating of lava flow samples allowed researchers to reconstruct the Matuyama-Brunhes reversal. Their models showed the final reversal took just 4,000 years, but the flip was proceeded by a prolonged period of magnetic instability.