TEHRAN, August 11 - Iranian Foreign Minister Mohammad Javad Zarif reiterated US administration’s continued aggression against the Islamic Republic, saying that Washington is anxious about being defeated by Tehran in the diplomatic arena. 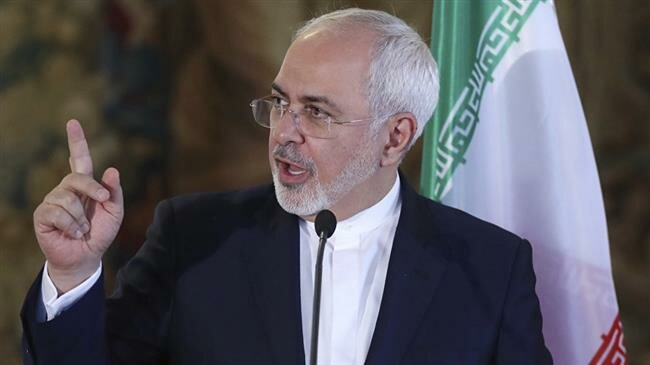 TEHRAN, Young Journalists Club (YJC) - The Islamic Republic of Iran has been successful in regional and international arenas, Zarif said at a meeting with members of the parliament’s Diplomacy Faction in Tehran on Saturday.

That the US is pressuring Iran is because of the strength and power of the Islamic Republic not its weakness, he added.

The Washington government is worried about defeat on the diplomatic scene, the Iranian top diplomat said.

On July 31, the US Department of State said Washington has designated Zarif for acting on behalf of Leader of the Islamic Revolution Ayatollah Seyed Ali Khamenei. The US president had issued an executive order on June 24, imposing sanctions on the Leader and his office and authorizing sanctions on others associated with Ayatollah Khamenei.

The senior Iranian diplomat dismissed the US move, saying that being designated by the US would not affect him since he has ho properties outside Iran.

“We know that calling for dialog & peace is an existential threat to B-Team. And since reason for designating me is my words, would ‘US persons’ need OFAC license to ‘engage’ with me by reading my writings or listening to interviews?” Zarif said in a Twitter post.

It came against the backdrop of increased tensions between Iran and the US with Washington imposing new economic sanctions against the Islamic Republic.

Since then, the administration of US President Donald Trump has tried to reduce Iran’s oil exports to “zero,” and has sent an aircraft carrier strike group, a bomber squad, an amphibious assault ship, and a Patriot missile battery to the Middle East to try to stack up pressure on Tehran.